Helicopter Association International sadly reports the passing of a giant in the rotorcraft industry. Frank Nicholas Piasecki was a pioneer and inventor of the tandem-rotor helicopter. 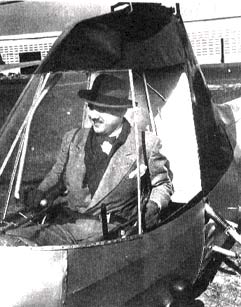 Feb. 14, 2008 – Helicopter
Association International sadly reports the passing of a giant in the
rotorcraft industry. Frank Nicholas Piasecki was a pioneer and inventor
of the tandem-rotor helicopter. Piasecki was an aeronautical and
mechanical engineer. He was born in Lansdowne, a suburb of Philadelphia
on October 24, 1919, and lived most of his life in Delaware County. He
was a man of great creative vision. Despite advanced age and strokes,
Piasecki remained engaged in rotorcraft development for Piasecki
Aircraft Corporation, the company he founded in 1955, and served as
Chief Executive. Piasecki died February 11, 2008 after becoming ill in
his home. He was 88.


Piasecki
was the son of an immigrant Polish tailor. By the age of 20, he earned
degrees in aeronautical and mechanical engineering from New York
University. In 1936, Piasecki and a group of engineering students from
the University of Pennsylvania formed the P-V Engineering Forum. In
1940, he joined the Platt-LePage Aircraft Company as an engineer,
working on the XR-1. During this period, he and Harold Venzie started a
small consulting firm called the Piasecki-Venzie Engineering Forum.
Their first project was called the PV-1 helicopter, based on the NOTAR
concept.

Venzie and Piasecki had studied engineering together at the University
of Pennsylvania. Their objective was to build a helicopter that could
affect Vertical Take-Off or Landings (VTOL). Piasecki soon left
Platt-LePage and began to concentrate all his efforts on the P-V
Engineering Forum's new project — a single-seater, single engine,
single main and tail rotor model, designated the PV-2. The aircraft was
outfitted with a 90 HP Franklin flat-four engine and a single-rotor
(three-blade). It was test-flown on April 11, 1943, making Piasecki
only the second American to successfully fly a helicopter of his own
design. (Igor Sikorsky being the first). Piasecki was the first
helicopter pilot to qualify with the Civil Aeronautics Administration
(now FAA) as a helicopter pilot prior to receiving his fixed-wing
license. He was the holder of the first Helicopter Pilot’s License.

Piasecki attempted to interest the U.S. Navy in his helicopter since
the U.S. Army was already working with Sikorsky. Piasecki believed that
a larger helicopter could carry more passengers, and be used for
rescues missions. On October 20, 1943, Piasecki flew his new aircraft
in front of a large crowd of military and government officials at
Washington National Airport. The demonstration impressed the officials,
who began to express an interest in Piasecki’s helicopter. Piasecki
convinced the Navy to fund his prototype, receiving a contract on
January 1, 1944, for a single heavy-duty transport helicopter.

Next up, Piasecki decided to build a two-rotor helicopter — placing one
rotor at each end of the aircraft. There were several advantages to
this configuration — more cargo space, better control, and better
weight distribution. The new tandem craft, as it was called, was
designated the PV-3 and made its first flight in March 1945. This
helicopter had an empty weight of 5,000 pounds (2,268 kilograms), and
when fully loaded, weighed less than 7,000 pounds (3,175 kilograms).
The Navy designated it the XHRP-X (the “X” indicated it was not yet a
U.S. Navy aircraft), but it became known as the “Dogship.”

The Dogship was the world’s first successful tandem-rotor helicopter.
In 1986, Piasecki developed and flew a hybrid heavy lift demonstrator
called “Heli-Stat.” This vehicle was the result of marrying four
Sikorsky helicopters with the Navy’s largest blimp. His contributions
also include improving the speed and range of the AH-1 W Super Cobra.

Piasecki was an original member of the institute of Aeronautical
Sciences (I.A.S.). Now known as the American Institute of Aeronautics
and Astronautics, Piasecki is a Fellow member. He is an honorary Fellow
and past president of the American Helicopter Society, and the first
representative of the helicopter industry to serve on the Industry
Consulting Committee of the National Advisory Committee for
Aeronautics. Piasecki has lectured before many notable technical
societies in the United States, England, France, Canada, and Italy. He
has testified before numerous U.S. Congressional Committees including
Senate hearings pertaining to heavy vertical air lift.


On the first flight of PV-2 Piasecki was at the controls and managed to
safely land, despite his complete lack of previous flight experience in
helicopters. He had only fourteen hours of flight time in fixed-wing
aircraft. Piasecki was the chief test pilot for the PV-2, chief
engineer, and company president. The PV-2 was flown only for testing,
for fears that an unnecessary mishap might jeopardize the project.

In 1986 President Ronald Reagan awarded him with the National Medal
of Technology for the development of the tandem rotor helicopter
(Flying Banana), and for his other contributions to the development of
vertical aircraft. Piasecki was truly a man for all seasons. He was a
gifted amateur photographer and an accomplished violinist and
concertmaster of the orchestra when he was at the University of
Pennsylvania.

At HELI-EXPO 2002, the HAI Board of Directors awarded Honorary Life
Membership in the Helicopter Association International (HAI) to
Piasecki. This award is the highest honor that HAI has given to
individuals who have distinguished themselves to a significant degree
through their efforts directed towards the advancement of the
commercial helicopter industry. At the time Piasecki received this
award, only 17 people had been so honored during the then 54 years of
HAI’s existence.

Piasecki and his wife raised seven children. He is survived by his
wife, Vivian, daughter Nicole, of Tokyo, is president of Boeing's
operations in Japan. Two sons, Frederick and John, are vice presidents
of his company, and Lynn Piasecki Cunningham, Frank, Michael, and
Gregory.

HAI is grateful to Frank Piasecki for his contributions to the
rotorcraft industry. HAI extends its sympathy to the Piasecki family,
friends, and co-workers at Piasecki Aircraft Corporation. HAI
President, Matt Zuccaro stated, “Frank Piasecki has had a rich history
of involvement in the field of rotorcraft, I consider it an honor and
privilege that I had the opportunity to meet and know him. He will
truly be missed by an industry that he helped shape.”

A funeral mass will be held at 2
p.m. Saturday February 16, 2008 at the Cathedral Basilica of Saints
Peter and Paul, 1723 Race St., Center City, Philadelphia.