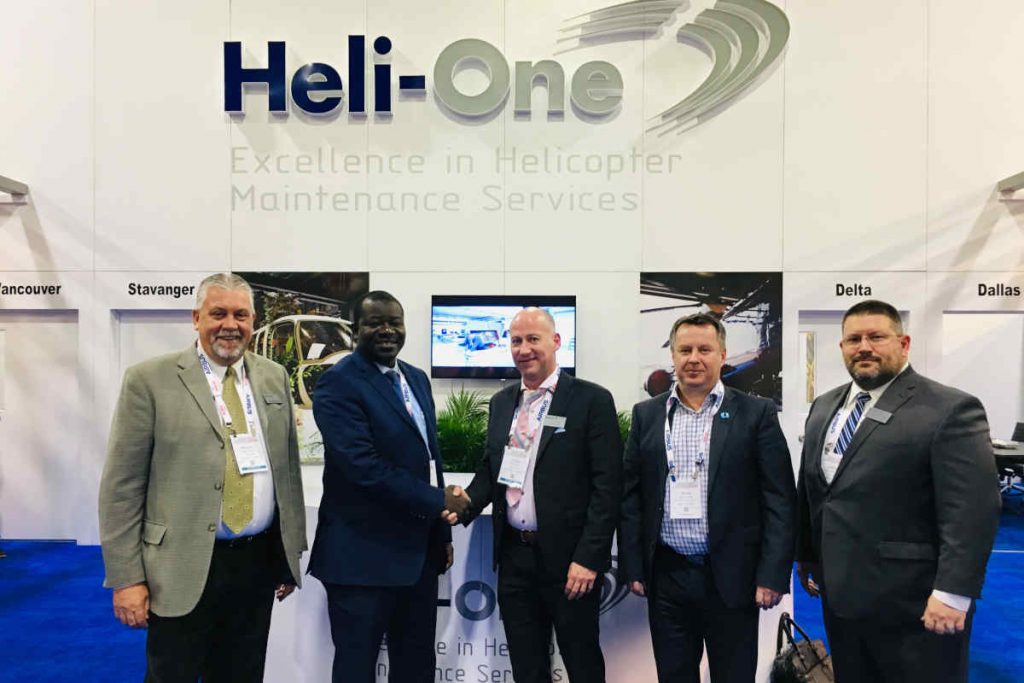 Heli-One, based in Richmond, British Columbia, and Caverton Helicopters have signed a multi-year maintenance support agreement for a Sikorsky S-76C++. Heli-One, one of the industry’s largest independent providers of helicopter MRO services, will be providing Caverton’s S-76C++ with what it describes as comprehensive maintenance support, covering airframe, components (including dynamics), avionics, rotor blades, rescue equipment and more.

Caverton Helicopters is based in Lagos, Nigeria, and was established in 2002. The company provides helicopter services for a variety of mission types, but are primarily focused on the offshore industry in the region. The Caverton Offshore Support Group Plc is described as the first fully integrated offshore support company in Sub Saharan Africa. The company has a total staff of 650 people across four West African countries and a combined fleet of 30 aircraft.

In addition to the S-76C++, Caverton’s fleet also includes AS350, AW139, Bell 407, and Bell 412 aircraft. Caverton’s primary base is located at the Murtala Muhammed International Airport in Lagos and the company also has facilities in Victoria Island, Port Harcourt, Warri and Cameroon.

Heli-One Canada is an authorized S-76 Customer Support Center and an authorized gearbox overhaul Facility. The company explains its design and engineering teams have developed hundreds of major, minor and repair modifications for the aircraft type, including flight display modernization for older variants.

“Our team is ready to provide Caverton Helicopters with the best S-76 maintenance support in the industry. This agreement will ensure that Caverton will be covered for all planned and unplanned events at a predictable cost,” said Eddie Lane, president, Heli-One. “We have great turnaround times and innovative repairs for the S-76, helping Caverton reduce aircraft downtime and for them to continue providing key services for the Nigerian region.”

In addition to its Richmond location, Heli-One also has MRO operations in Delta, BC, Stavanger, Norway, and Rzeszow, Poland. It holds certifications and expertise on a range of airframes and components from manufacturers like Airbus, Sikorsky, Leonardo, Bell, Safran, Pratt & Whitney and General Electric. Heli-One is a segment of CHC Helicopter, the operating company of CHC Group LLC.