Sept. 17, 2008, Sherbrooke, N.S. - Canada is closing in on a deal to cut lengthy delays in delivery of a new fleet of maritime helicopters, but it's going to mean a bigger price tag, says the defence minister. 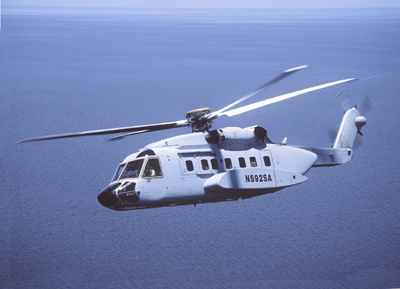 Sept. 17, 2008, Sherbrooke, N.S. – Canada is closing in on a deal to cut lengthy delays in delivery of a new fleet of maritime helicopters, but it's
going to mean a bigger price tag, says the defence minister.

The helicopters were originally supposed to begin arriving on the
tarmac last January, but media reports earlier this year suggested a
30-month delay from the original delivery date, and floated the
possibility the Conservatives would simply cancel the deal.

However, MacKay said he's been informed by negotiators from
Public Works and his own department that a shorter delay is possible
now.

"We will get an aircraft that is improved from its original
contract and the timeframe and the costs between our position and
theirs (Sikorsky's) have been reduced significantly,'' he said.

"I feel some sense of relief particularly on the delivery
date.''

He now predicts the first Cyclone will arrive in 20 months, in
2010.
However, the minister concedes the proposed changes to the
helicopter – such as more powerful engines and computer changes – and the fresh delivery date could mean millions more in costs to the
taxpayer.

"You get what you pay for, and if we're getting a better
aircraft of course, it's in keeping with commensurate fees
associated with increased capacity,'' he said.

"Things like lift, the (helicopter's) ability to be out on
missions further, the on-board computer systems. All of those
things, there are incremental costs, even over the life of a
contract.
"

"And that's par for the course, as we've seen in other
procurements.''

Original media reports speculated the increased costs from the
contract to replace the Sea Kings could run into hundreds of
millions of dollars.

However, Public Works Minister Michael Fortier had countered that
Ottawa expected Sikorsky to find a way to meet its contract as
signed.

MacKay now is allowing that a higher price would be part of the
deal.

"In terms of the cost overruns, we've negotiated very
aggressively and we've made it very clear that the initial contract
will be honoured but for some of this increased capacity, but for
some of these added features in the aircraft,'' he said.

MacKay has often noted he's attempting to clean up what he calls "the worst debacle in Canadian procurement history,'' because the
Sikorsky deal was made by the Liberal government after it cancelled
previous efforts to purchase helicopters.

However, the New Democrats' associate critic for defence argues
that the Conservatives should simply admit they don't know when the
first helicopter might arrive.

"We simply don't know what to believe any more when he (MacKay)
opens his mouth,'' said Peter Stoffer, who represents the riding
where the East Coast Sea King fleet is based.

Stoffer said Wednesday he often talks to people at the Shearwater
air base and they are dubious of claims the helicopter will be there
in 2010.

"This thing has become a dog's breakfast. I don't think the
Conservatives are sincere or legitimate in saying when the aircraft
will be here,'' he said.

"The only people who can really say that are the people making
the aircraft, and that is Sikorsky themselves.''

A spokesperson from the U.S.-based firm was unavailable for
comment.

The original contract with Sikorsky sets out penalties of
$100,000 per day for late delivery, with a maximum penalty of $36
million.

MacKay said those penalties "are still on the table.''

"As I said, we're hopeful the negotiations will continue in good
faith.''