Helicopter Association International (HAI) has named Andreas Hermansky, a pilot for Temsco Helicopters in Alaska, as the 2019 recipient of the Pilot of the Year Award. This award recognizes an outstanding single feat performed by a helicopter pilot during the year or extraordinary professionalism over a period of time. Nominees must be active helicopter pilots. The award will be presented at HAI’s Salute to Excellence Awards luncheon at HAI HELI-EXPO 2019 in Atlanta. 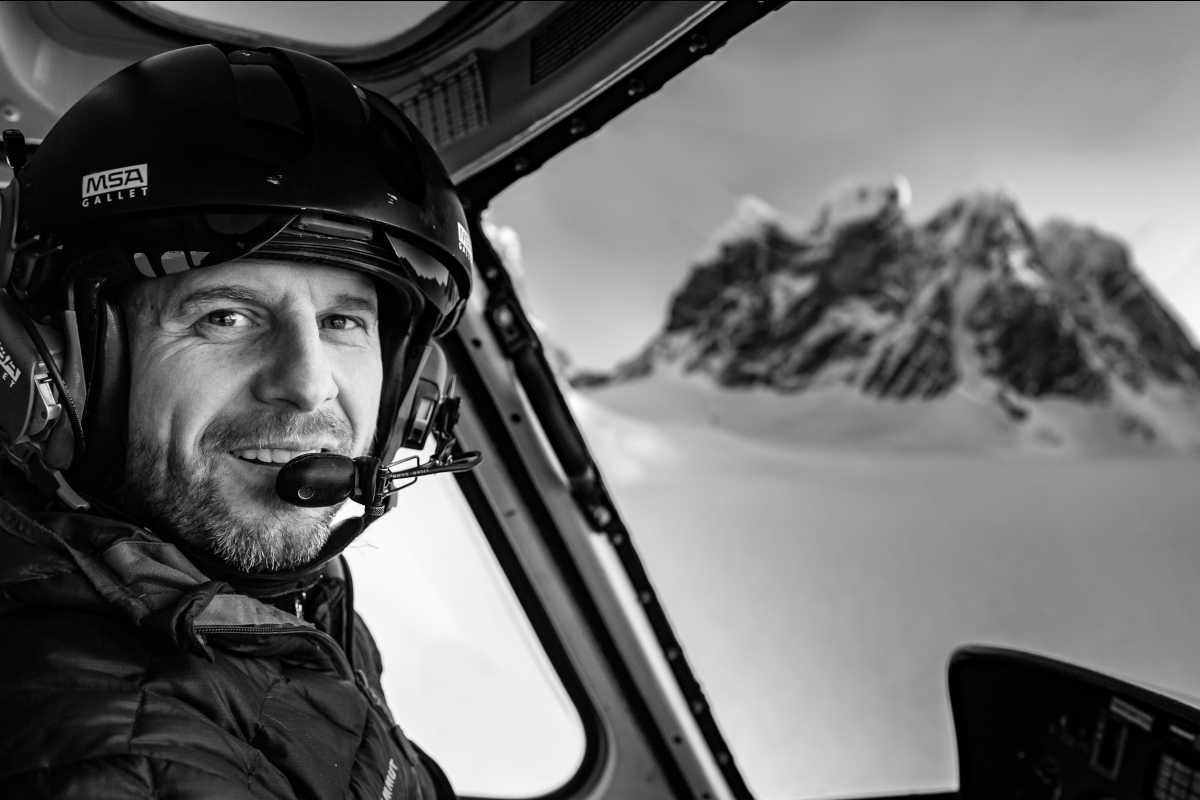 On August 4, 2018, HAI explains a deHavilland Beaver flightseeing tour of the Alaska Range crashed with five people on board in Denali National Park, 14 miles southwest of the summit of Denali at an elevation of 11,000 feet. A call from the pilot of the downed airplane after the crash indicated some survivors had serious injuries. Hermansky mobilized the park’s helicopter to fly mountaineering rangers to the accident site but was unable to reach the victims because of persistent cloud cover obscuring the wreckage.

On August 6, he was able to perform a short-haul mission with Chris Erickson, an NPS ranger, tethered to a rope below the helicopter to access the site. Over the scene for just five minutes because of deteriorating weather conditions, the ranger determined there were no longer any crash survivors. The aircraft was badly damaged and sitting in treacherous terrain. Safe recovery of the deceased would be difficult.

Weather conditions improved on August 10, allowing for what HAI describes as a comprehensive evaluation of the wreckage during which Hermansky piloted a short-haul operation of unprecedented duration and difficulty. The entire mission lasted 51 minutes on scene. The ranger, Tucker Chenoweth, never disconnected from the 200-foot line because of the unstable terrain and weather.

HAI explains Hermansky held a precise hover above the ranger and the crash site for approximately 40 minutes, repositioning the ranger multiple times to locate the deceased and to assess the feasibility of recovering remains and removing the aircraft from the primary flight-seeing route in the Alaska Range. The nominator noted that the series of short-haul flights highlights Hermansky’s exceptional flying ability and his ability to work in concert with the ranger team to accomplish critical missions.

Hermansky was born in Austria and immigrated to the United States in 2000 following more than a decade of law enforcement work. After flight training, HAI explaibns he worked as a flight instructor in California before he was hired by Temsco to fly tours in Alaska. In 2010, he began working with the Denali National Park and Preserve mountaineering staff as the pilot for the park’s exclusive-use contracted AStar B3e helicopter, with the primary mission of providing emergency medical and search-and-rescue (SAR) services in the austere, high-altitude environment of the Alaska Range.

Hermansky’s work with the Denali program includes regularly flying short-haul and STEP rescue missions up to 20,000 feet. He has amassed over 2,600 of his 8,000 flight hours within Denali National Park and has completed nearly 300 SAR missions in Denali and national parks across Alaska.

Hermansky has helped save many lives by bringing visitors in jeopardy to the definitive care they need. He has initiated numerous modifications to the aircraft to facilitate flying at high elevation and in a range of environmental conditions. Throughout his tenure at Denali, he has engaged deeply with rangers to develop consistent, safe practices for operating in this high-risk environment.

The award will be presented at the Salute to Excellence Awards luncheon during HAI HELI-EXPO 2019.