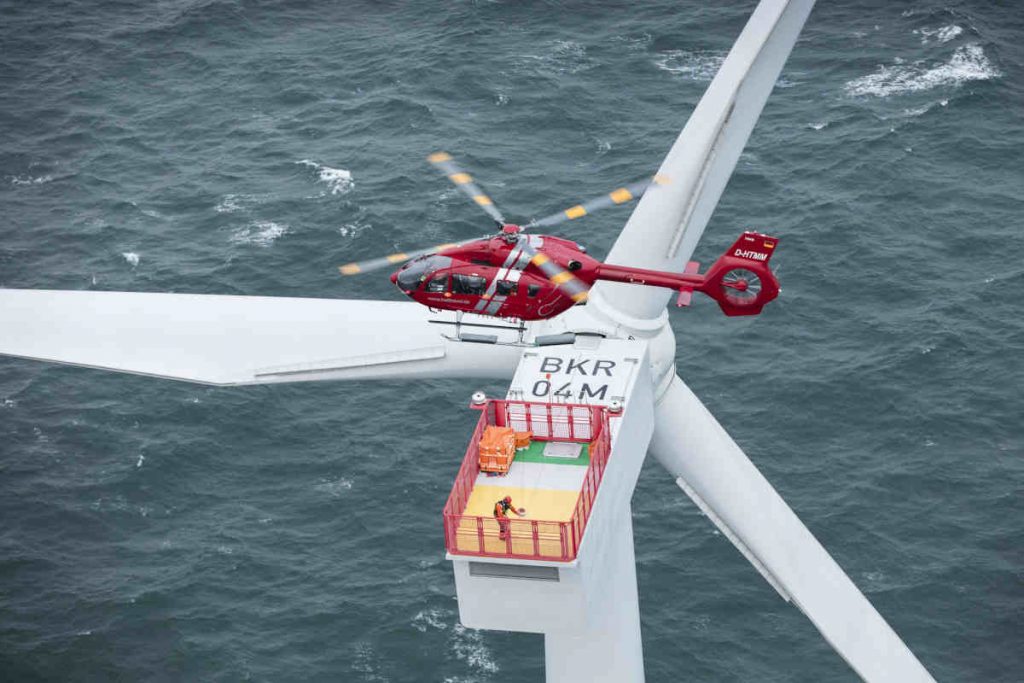 HTM-Helicopters is to become the first operator to use the upgraded Airbus H145 for offshore wind operations. (Photo: Stefan Huber, HTM, Airbus)

HTM-Helicopters signed a contract for the purchase of two additional Airbus H145 helicopters. As a result, Airbus Helicopters explains HTM will be the first operator to use the new five-bladed H145 in the offshore wind sector.

HTM was founded in 2008 and invested in H135 and H145 helicopters for its offshore wind operations. Today, HTM is one of the largest helicopter companies in Germany, employing around 150 people, including its maintenance arm Intercopter GmbH. Since April 2020, it has been fully owned by HERISTO Aktiengesellschaft.

The two new aircraft will be operated from HTM’s bases at Norden-Norddeich, Emden, Borkum and Helgoland. The missions will include passenger transport to and from wind farms and hoisting technicians to the wind-turbines, resulting in both helicopters being equipped with a hoist, floatation equipment and a cargo hook.

Powered by two Safran Arriel 2E engines, the H145 is equipped with full authority digital engine control (FADEC) and the Helionix digital avionics suite with 4-axis autopilot. The upgraded five-bladed H145 includes a bearingless rotor and increases useful load by 150 kg. Airbus notes other advantages of the five bladed H145 include a smaller D-value, allowing the H145 to operate in more confined areas, simplified maintenance, and an increased availability rate.