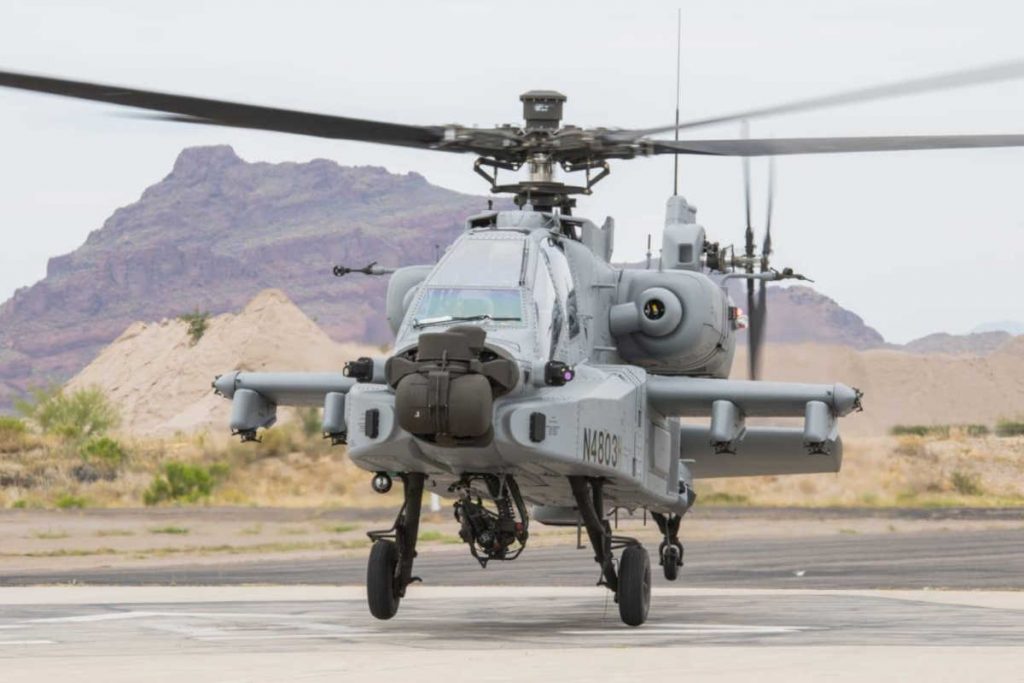 The first AH-64E Apache Guardian helicopter was formally handed over to the Indian Air Force at Boeing production facility in Mesa, Arizona, on May 10, 2019.

The Indian Air Force (IAF) signed a contract with United States government and Boeing in September 2015 for 22 Apache helicopters. The first batch of these helicopters is scheduled to be shipped to India by July of this year. Aircrew and ground crew have undergone training at the U.S. Army base in Fort Rucker, Alabama, to lead the operationalization of IAF’s Apache fleet.

IAF states the addition of the AH-64 E helicopter is a significant step towards modernization of its helicopter fleet, while also noting the has been customized to suit its future requirements, to hold significant capability in mountainous terrain, and to provide a military advantage in any future joint operations in the support of land forces.