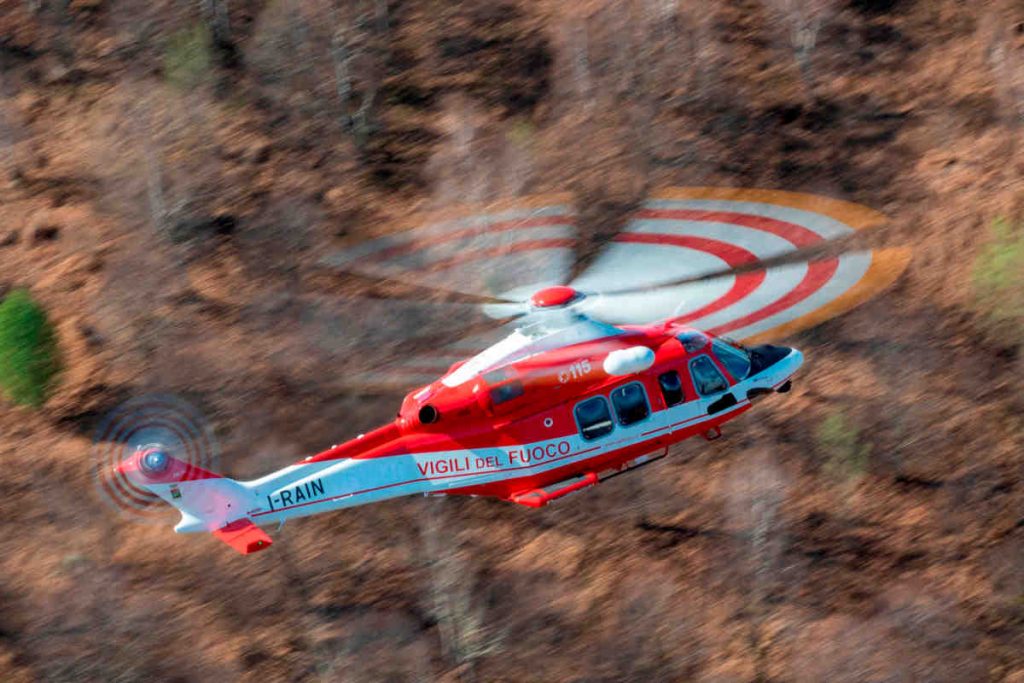 The Italian National Fire Corps (Vigili del Fuoco, part of the Ministry of the Interior) has taken delivery of its first two Leonardo AW139 intermediate twin-engine helicopters, which Leonardo describes as a major step forward in strengthening their collaboration toward developing more effective emergency response services in Italy. The AW139 delivery was celebrated during a ceremony at Leonardo’s Vergiate facility.

Leonardo explains more than 816,000 rescues and sorties are performed every year countering fires across Europe, including many in Italy. The AW139s are scheduled to progressively replace the Italian National Fire Corps AB412s, which have been in service for decades.

The Italian National Fire Corps will receive a third AW139 this year under a €45 million contract signed in 2018. The contract also includes integrated logistic support and training for pilots and technicians, and encompasses an option for 12 additional helicopters. The first two helicopters will be based in Rome Ciampino for National Fire Corpos personnel training.

The AW139, which Leonardo describes as the backbone of the Italy’s rescue services, is also in service with the country’s Guardia di Finanza, State Police, Coast Guard and Air Force. This latest selection by the Italian National Fire Corps brings the total number of AW139s chosen by all of these Italian Government operators to 56, covering a wide scope of public utility roles including law enforcement and homeland security, patrol, special operations, search and rescue, command and control, government/VVIP transport, disaster relief and training.

Leonardo explains a number of law enforcement, maritime/border patrol and security agencies from countries around the world, including Italy, the UK, USA, Japan, Republic of Korea, Malaysia, Sweden, Spain, Estonia, The Netherlands, Brazil, and UAE, have selected or are already operating the AW139 to fulfil their requirements.