Hiaratagakuen, which operates out of the Kansai region in Japan, welcomed its second Airbus H145/BK117D-2, following the delivery of its first such aircraft in December 2017. Kansai is a region in the south of Honshu, Japan's main island, centred around the city of Kyoto. 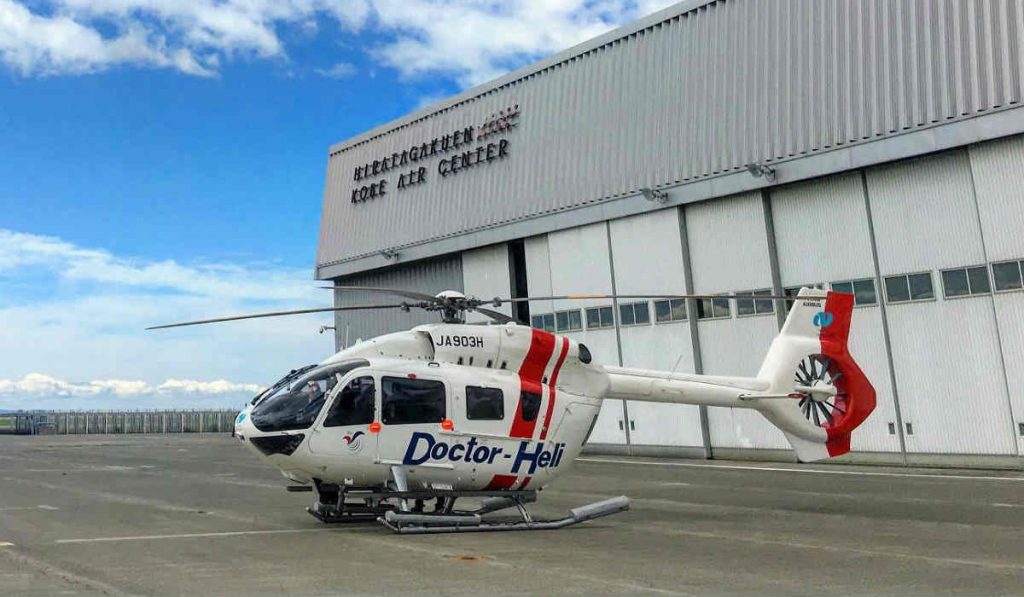 The new H145/BK117D-2 will join Hiratagakuen’s fleet of 14 H135s and the existing H145, to support emergency medical service (EMS) missions. The first H145 entered service in June 2018 for aeromedical operations at the Nagasaki Medical Centre in Nagasaki Prefecture.

Airbus explains with Japan’s full-scale deployment of air ambulances in 2001, EMS helicopters, otherwise known as Doctor Helicopters, have taken on more prominent roles in the country, enabling rapid evacuation of casualties from affected sites, and providing critical care while in transit to medical facilities.

In 2010, the Kansai government implemented region-wide EMS support network and Hiratagakuen became its main operator of these missions. Today, there are more than 50 helicopters supporting emergency medical missions in 42 prefectures across Japan.

“We are confident that the timely addition of the second H145 helicopter will augment our aeromedical operations, as we continue to perform life-saving missions safely in the country,” said Mitsuhiro Hirata, VP, Aviation Operation Division of Hiratagakuen.

The H145//BK117D-2 is developed in co-operation with Kawasaki Heavy Industries. It comes with the Helionix avionics suite and designed-in mission capability and flexibility, especially in high and hot operating conditions.

With a large cabin, a compact airframe and powerful engines, Airbus explains the H145//BK117D-2 is well suited for a variety of missions including EMS, air rescue, law enforcement and aerial work. More than 1,400 H145//BK117D-2 helicopters have been delivered worldwide, achieving close to 5 million flight hours.