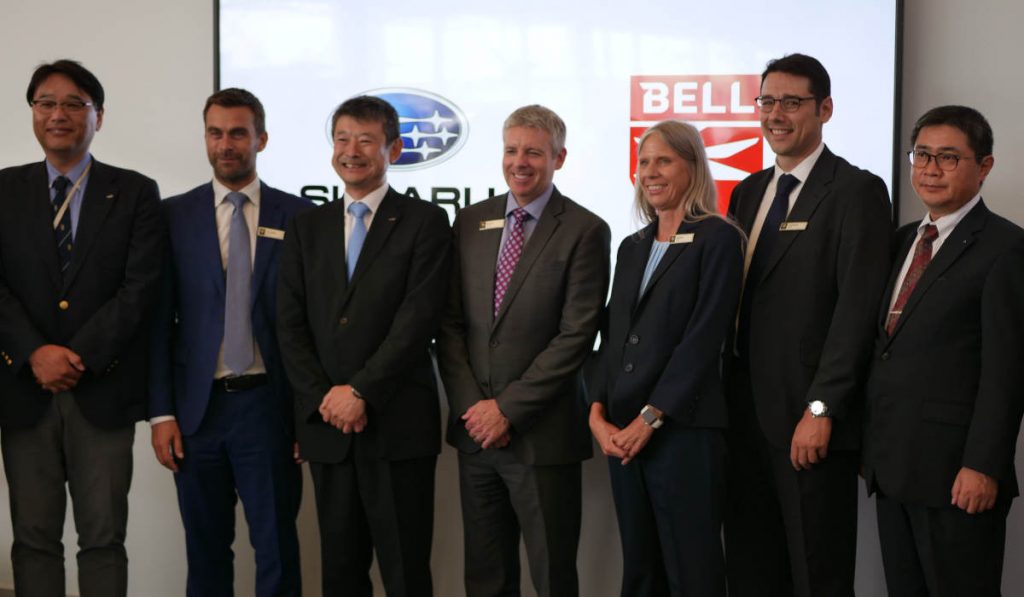 At the Paris Air Show, Bell Helicopter and Subaru Corp. announced that the Japan National Police Agency (JPNA) has placed the first order for a Subaru Bell 412EPX.

“This order is the first milestone to bringing the Subaru Bell 412EPX to customers around the world,” said Shoichiro Tozuka, corporate senior VP of Subaru Corp and the Aerospace company president.

Last year, the two companies announced their collaboration on a commercial enhancement of the Subaru Bell 412EPX, the newest upgrade of the renowned Bell 412 series, which was co-developed by the two companies as the platform for the New Utility Helicopter for JMOD (Japan Ministry of Defense) program. Subaru delivered the prototype to the New Utility Helicopter to JMOD for testing in February 2019.

Together with Subaru’s laser peening technology, the company explains the Bell 412EPX will benefit from a more robust main rotor gearbox dry run capability, increased internal Maximum Gross Weight to 12,200 lbs. and mast torque output of +11% at speeds below 60 knots.