After a positive vote by the citizens of Glarus North at a municipal assembly last November, the Kopter Group is ready to begin its next expansion step in Switzerland. It has commissioned architect Dima & Partner based in Glarus with the design, planning and construction of a new building measuring more than 20,000 m2 for its pre-assembly activities at the Mollis airfield. 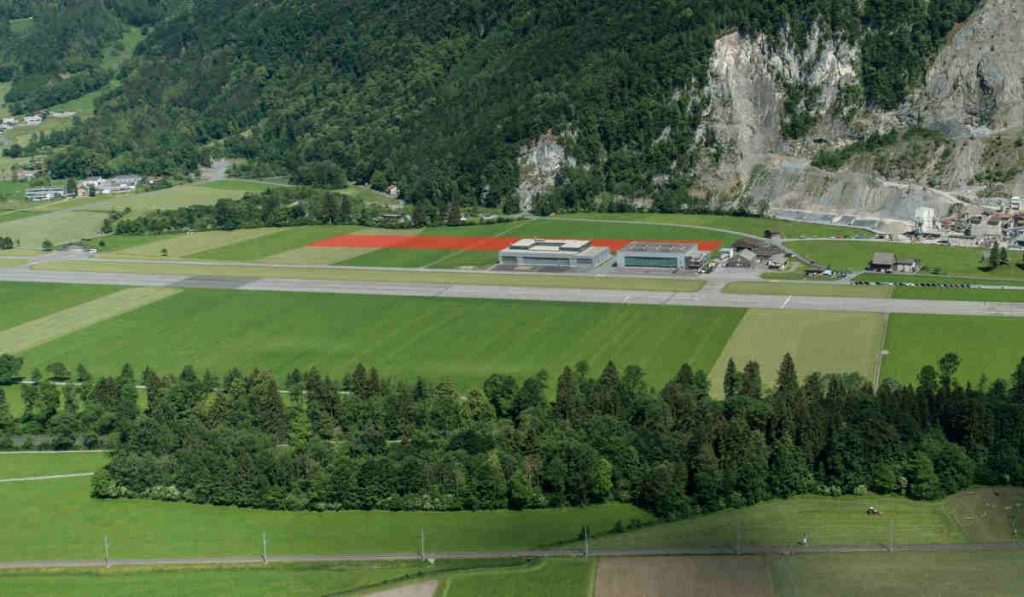 The new facility will be built on the area marked in red behind the existing hangar of Kopter (left). (Photo: Kopter Group)

Design and planning of the new building is to be complete by summer 2019, with the construction due to start in the fall. Kopter is scheduled to move into the facility in 2021. The company explains this will provide the necessary capacities for ramping-up the production of its SH09 helicopter for the worldwide markets.

The new building will be used for manufacturing and pre-assembly and will include the production of components such as rotor blades, gearboxes and rotor heads. Testing rigs and a central warehouse will also be located at this site. Kopter already owns an existing building of 4,200 m2 at the Mollis airfield, which will then host final assembly lines and administrative functions.

Kopter explains the new facility will allow it to establish the Mollis site as its competence centre for production, assembly, flight-testing, training and maintenance for the SH09.

The Kopter Group expects to reach an annual production rate of 50 helicopters in Mollis in the next five years, which would lead to an increase in the number of employees from 100 today to around 400. In addition, the site will manufacture up to 150 further prefabricated sets of subassemblies that will be supplied to the final assembly facilities planned in the U.S. and Asia.