The AW139 intermediate twin engine helicopter global fleet has reached an outstanding milestone of two million flight hours, across all operational scenarios on five continents, while performing a wide range of missions with commercial, government and military operators. This accomplishment was reached just three years after the achievement of the first million showing impressive reliability, effectiveness, safety and supportability across a range of missions. 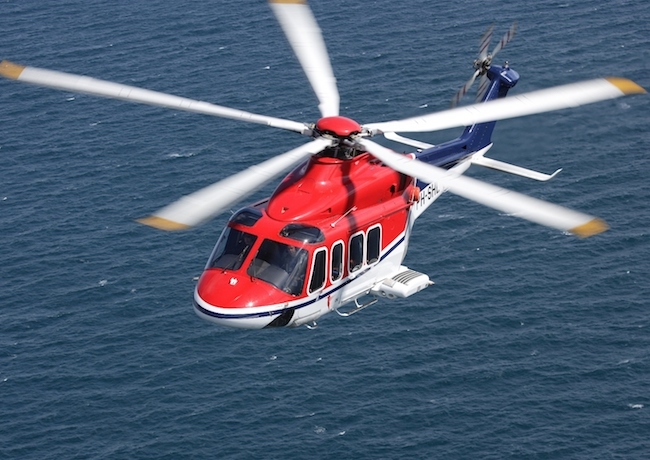 With the AW139 fleet leader having exceeded 12,000 hours on a single aircraft, nearly 900 units are today in service out of over 1000 on order by more than 300 customers in 80 countries worldwide. The global reach of the AW139, assembled in Philadelphia and Vergiate, has resulted in the type becoming a benchmark as the best-selling helicopter in its weight category and the most successful helicopter programme in the last 15 years. The type covers the widest range of applications with high flexibility including SAR, EMS, law enforcement and homeland security, patrol, firefighting, disaster relief, offshore transport, VIP/Corporate transport, utility and military duties.

This latest operational achievement is the combined result of the AW139’s design, quality, performance and market success as well as Company’s capability in supporting the worldwide fleet. The two million flight hour milestone was made possible through the variety of Leonardo services and support packages and the extended support network distributed in geographies around the world.

The AW139 complies with the latest certification and safety standards, offering outstanding overall performance with impressive power margin and one engine inoperative capability and also with a certified 60+ MGB ‘run dry’ capability which provides the highest standard in terms of safety. Designed to allow high versatility and customized solutions, the AW139 is available with more than 1000 certified equipment options. Among some of the latest innovative systems available for the type are the LIPS and FIPS (Limited and Full Icing Protection Systems, respectively), and the OPLS (Obstacle Proximity Lidar System) that enhance mission capability and safety.

Supportability has also been strengthened. A 30% reduction in maintenance time has been achieved with a dedicated Service Excellence initiative. Leonardo has established a Reliability Data Sharing Group (RDSG) and has launched a Flight Crew Operations Manual (FCOM) as additional services. Since its certification in 2004, approximately 5300 pilots and 7700 technicians have been trained with over 150,000 simulator hours logged to date.