Leonardo, at the 2019 HAI Heli-Expo show in Atlanta, announced the start of production of the world’s first AW609 tiltrotor Level D Full Flight Simulator (FFS) and the intention to introduce the first US-based AW169 Level D Full Flight Simulator. Both will be installed into the new Training Academy being developed at the company’s helicopter facility in Philadelphia and will be in service in 2020. 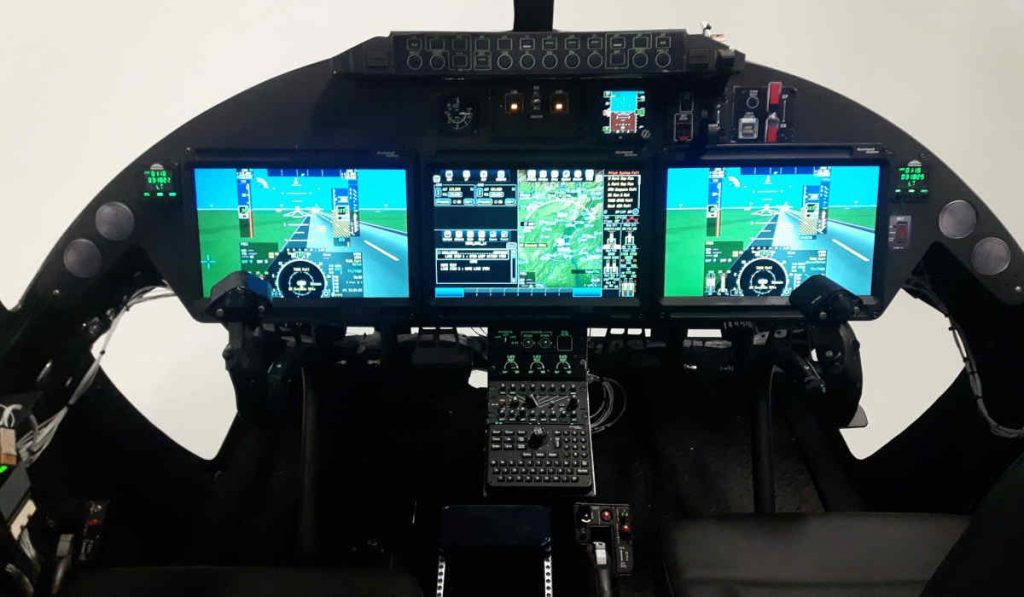 Leonardo describes the introduction of these two simulation systems in U.S. as a major milestone for the delivery of training services, particularly as the assembly stage of producing the AW609 is set to begin in a matter of weeks in Philadelphia.

The AW609 simulator is developed in collaboration with CAE and based on the CAE 3000 Series FFS that features CAE’s roll-on/roll-off cockpit design, enabling cockpits representing various Leonardo helicopter types to be used in the full-motion base simulator.

Leonardo and CAE will also develop an AW169 simulator cockpit to be made available and used in the CAE 3000 Series simulator. Both the AW609 and AW169 simulators for the new Training Academy in Philadelphia will be operated by Rotorsim, the joint venture owned equally by CAE and Leonardo.

The AW609 simulator will provide the AW609 Type Rating for operations worldwide, as well as for recurrent training for rated pilots. Pilots in training will be able to practice all the required operational tasks and procedures for the AW609 tiltrotor in both normal and emergency conditions, both flight and mission related in all phases of flight.

The AW609 FFS replicates the unique tiltrotor flight conditions, operating environments and the real aircraft behaviour with the possibility to also use Night Vision Goggles for night missions. The FFS will complement a package of training services dedicated to the tiltrotor and offered by customers trained at the company’s new U.S. Training Academy. The AW169 simulator will provide light-intermediate helicopter model training for crews in U.S. and across North and Latin America.

CAE’s roll-on/roll-off cockpit design is already used by Leonardo and CAE for other simulator systems in Italy. Using this design will result in a fully interchangeable FFS training solution with the AW609 and AW169 cockpits at the new Training Academy in Philadelphia. When not installed into the full-motion base simulator, the cockpit will serve as a fixed-base Flight Training Device (FTD), with a similar approach also available in the future for other types, thus increasing the versatility and range of training services in U.S.