Leonardo, with the support of the UK’s 847 Naval Air Squadron, presented its AW159 Wildcat helicopter to Malaysia’s Armed Forces at Royal Malaysian Navy Base Lumut and Leonardo Helicopters’ facility at Subang Airport, near Kuala Lumpur last week. The two AW159 Wildcats are part of the French Navy’s five month amphibious deployment, Exercise Jeanne d’Arc, to the Middle East, Asia and South Pacific and are embarked on the helicopter assault ship FS Dixmude to provide a battlefield reconnaissance capability to the deployed forces. 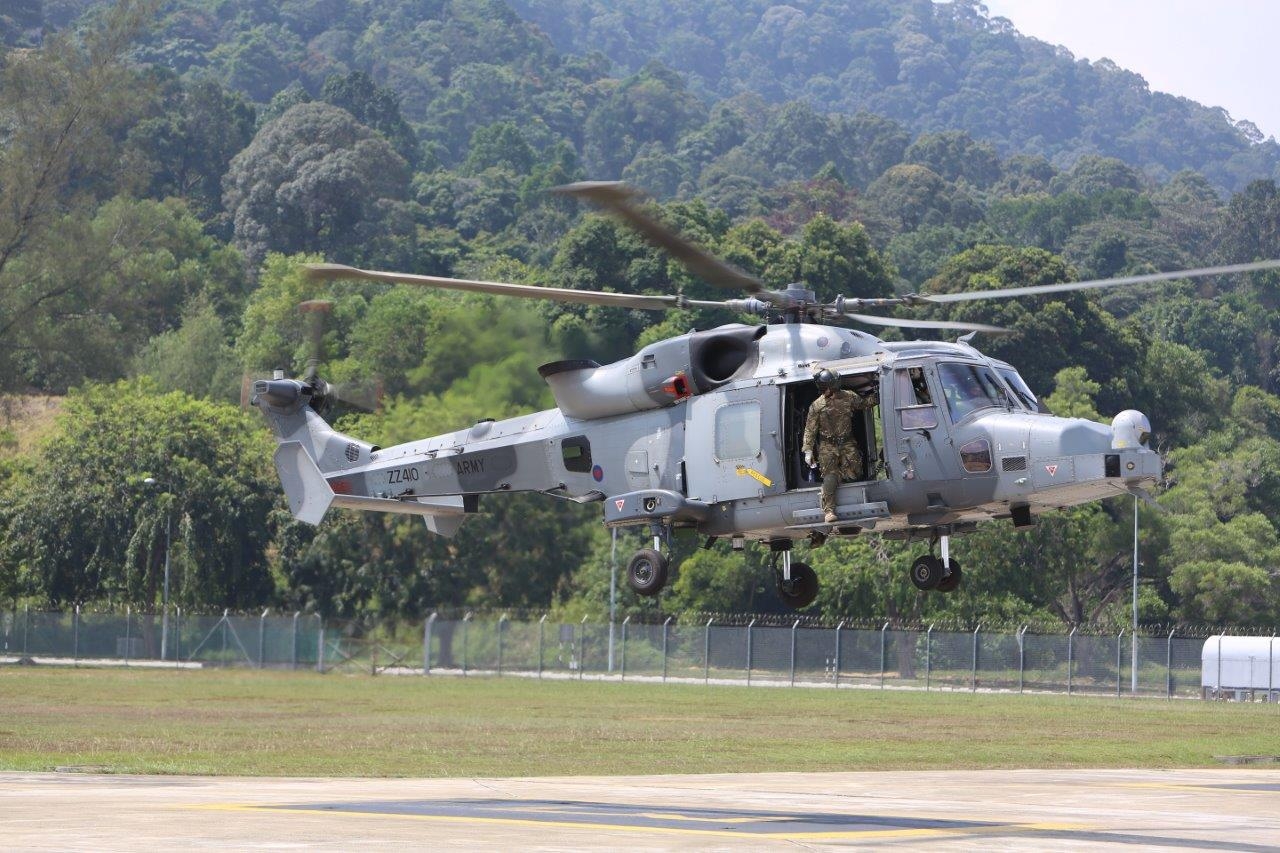 The AW159 has a semi-rigid rotor head which gives it high agility and the same legendary ship operating capabilities of the Lynx helicopter. It is also fitted with composite rotor blades utilising the same technology that enabled the Lynx to break the world helicopter speed record. The AW159 is powered by a pair of LHTEC CTS800-4N engines, each providing up to 1,361 shp, which gives the aircraft exceptional performance, even in hot and high environments.

The AW159 has the most modern integrated cockpit of any naval helicopter, featuring four large area (10” x 8”) cockpit displays and a fully integrated avionics suite and mission system to provide increased mission capability and increased crew effectiveness. The key sensors integrated into the AW159 include the Leonardo Seaspray 7000E series Active Electronically-Scanned Array (AESA) radar, a dipping sonar system, electro-optical device and Leonardo electronic warfare systems. A range of weapons can be carried, including torpedoes and air-to-surface missiles, on its weapon carriers.

The UK’s Royal Navy and British Army operate 62 AW159 Wildcats in both naval and over land roles including ASuW, ASW, maritime surveillance and battlefield reconnaissance, while the Republic of Korea Navy operate eight AW159 helicopters in ASW and ASuW roles. The Philippine Navy has also ordered two AW159s that will be delivered next year. The Royal Malaysian Navy currently operates the Leonardo Super Lynx 300 helicopter in the Anti-submarine warfare (ASW) and anti-surface warfare (ASuW) roles.

847 Naval Air Squadron is part of the UK’s Commando Helicopter Force based at Royal Navy Air Station Yeovilton and operate the Army variant of the AW159 Wildcat. The British Army’s variant of the AW159 Wildcat is almost identical to the Royal Navy variant with the only major equipment differences being the Army aircraft do not have the Seaspray 7000E series AESA radar or weapon carriers.