Leonardo-Finmeccanica has announced that the first flying AW609 prototype has arrived in Philadelphia following a recent resumption of flight testing. 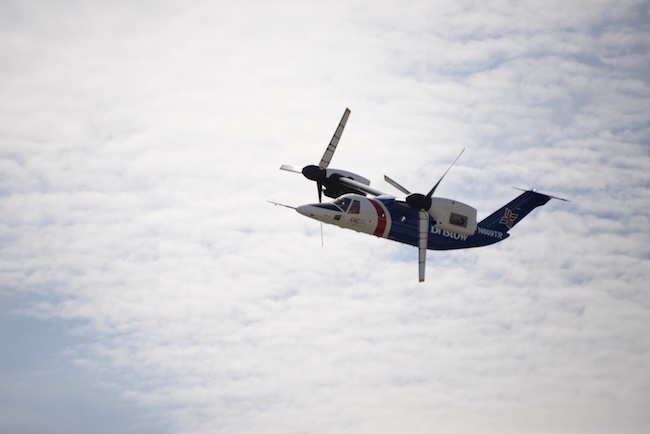 Departing from Arlington, Texas, the aircraft’s flight plan included an overnight stop in Huntsville, Ala, before arriving in Philadelphia on Wednesday, August 10.

With industrialization underway, Leonardo-Finmeccanica has expanded the AW609 TiltRotor program to include the company’s Philadelphia facility. The involvement of the Philadelphia site in the AW609 program represents the anticipated progression towards assembly and certification with the FAA as the certification authority. Facilities in the Italy, U.K. and Poland continue to play critical production roles.

While this flying prototype will soon be relocated to Italy, flight testing activities in Philadelphia will continue upon the arrival of an AW609 recently assembled and ground tested in Italy. Another AW609 is being assembled in Philadelphia with plans to enter the test fleet in 2017.

Certification of the first commercial tiltrotor is expected in 2018, with deliveries to customers to follow.