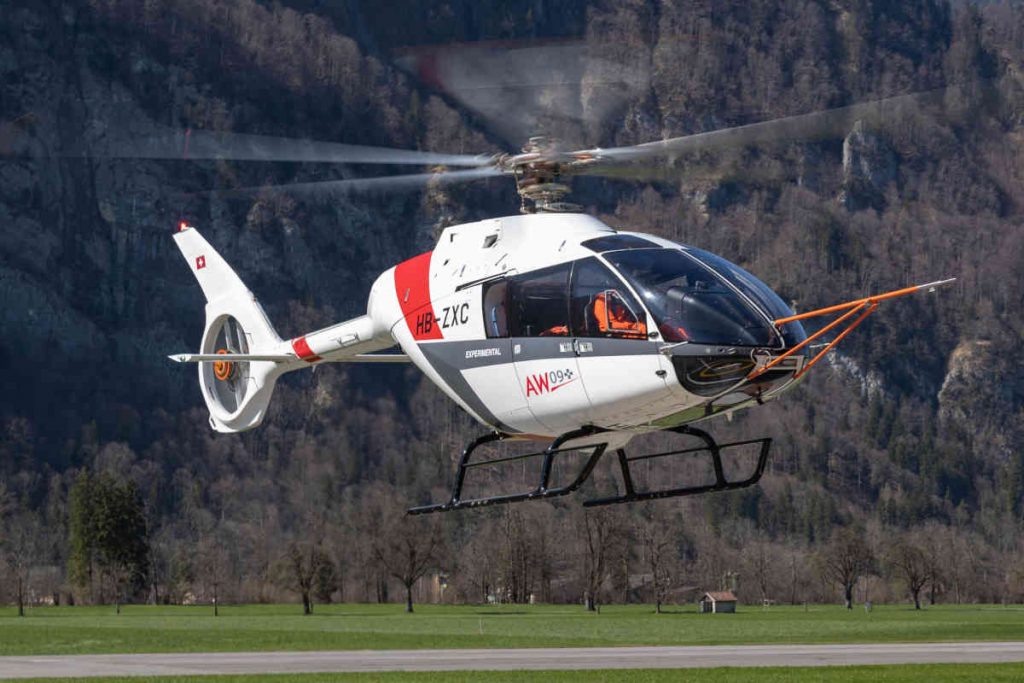 Leonardo officially adds the Kopter SH09 single-engine helicopter as a full member of its product range by rebranding it as the AW09. (Photo: Kopter)

One year after acquiring Kopter Group AG, Leonardo officially adds the SH09 single-engine helicopter into its portfolio as the rebranded AW09.

The AW09 will continue to be developed in Switzerland with the contribution of joint Leonardo-Kopter teams. The third prototype (P3) has now logged in excess of 40 flight hours in Switzerland since mid-January in its newest configuration. This includes enhancements in the main rotor head, gearbox, an extended rotor mast and a new design of the flight controls, combined with the modern Garmin G3000H cockpit. The AW09 next prototype, PS4, is expected to fly this year, followed by the PS5.

The rebranding of the AW09 is designed to combine the identities of both Leonardo and Kopter. The AW09 complements Leonardo’s existing product range, allowing the company to increase its share in the  single-engine market. The company explains the AW09 addition will pave the way for further advancements in vertical flight.

Gian Piero Cutillo, Leonardo Helicopters MD, said in a statement: “The product with the people and their skills were all important reasons for the acquisition of Kopter. As we make the Kopter team part of our family through the ongoing integration, we now have the latest addition to our product range fully identified with Leonardo, while preserving its invaluable distinguished features. With the AW09, we’re more than ever fully committed to pursuing a revolution in the single-engine market and setting an all-new standard.”

Kopter is set to become an incubator of new technologies for Leonardo, contributing to the development of new hybrid and electrical propulsion systems. It will also play an important role in the framework of Leonardo’s “Be Tomorrow” 2030 strategic plan, which aims to be in the leading position on the civil rotorcraft market and modern air mobility.