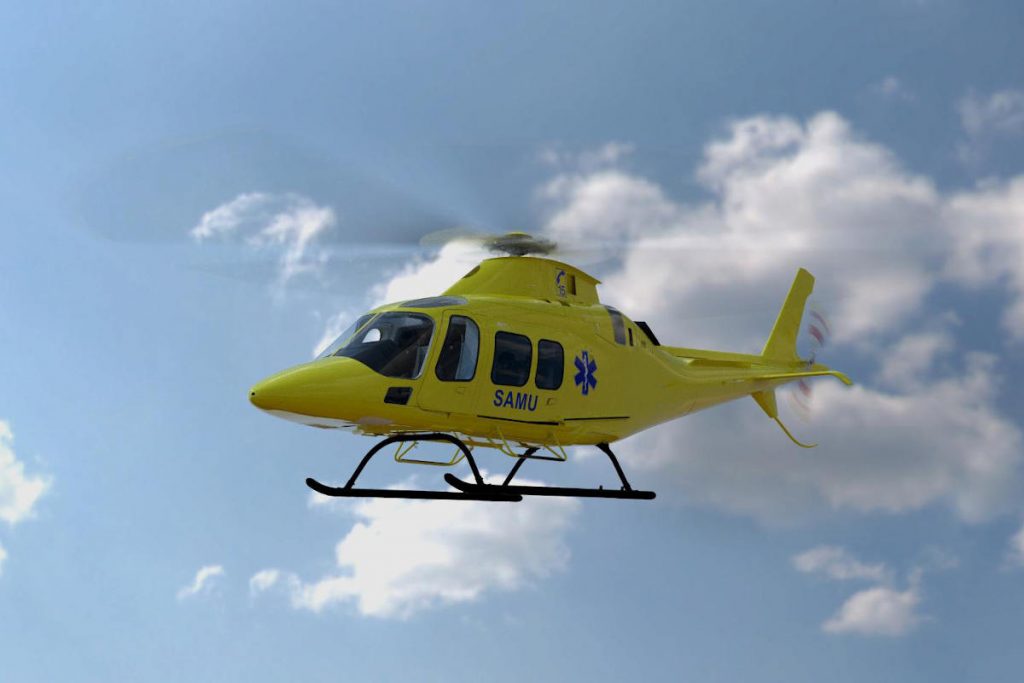 More than 70 AW109 Trekkers have been sold to customers around the world. (Photo: Leonardo)

Leonardo on June 16 announced its AW109 Trekker light-twin-engine helicopter has been chosen to support Emergency Medical Service (EMS) operations from Rouen Hospital in Normandy, France. SAF Hélicoptères will operate the AW109 Trekker, with a customized EMS interior. It is expected be delivered by the end of 2020 from Leonardo’s Vergiate final assembly line in Italy.

The contract award marks the entrance of this Leonardo light-twin helicopter model into the French civil helicopter market. Leonardo notes this follows the use of its AW109 Power and Grand aircraft for EMS missions in the country. It also expands the number of French commercial customers using Leonardo helicopters, including the AW109 series, AW169 and AW139 for a range of missions.

“The team here is excited to introduce the Leonardo AW109 Trekker into SAF’s fleet,” said Tristan Serretta, CEO of SAF Hélicoptères. “The region will benefit from our solid expertise and experience of HEMS combined with the exceptional capabilities in terms of EMS interior, performance, advanced avionics, safety standards of the Trekker.”

SAF Hélicoptères is part of Groupe SAF, which in 2019 celebrated its 40th anniversary after being founded for mountain-rescue and population-protection missions. Groupe SAF today operates 65 helicopters and supply services addressing medical transports, lift and heavy-lift, mountain rescue aerial work, VIP transport and tourism flights, as well as maintenance and training.

Leonardo explains the AW109 Trekker maintains the AW109 Grand airframe, large cabin and performance while offering greater payload at a competitive cost. The helicopter includes large sliding doors on both sides to provide easy entry and exit for litters and medical attendants. The AW109 Trekker is the latest addition to Leonardo’s helicopter portfolio and the company’s first light-twin to offer skid landing gear.

The AW109 Trekker is equipped with a Genesys Aerosystems glass cockpit that can be configured according to customer needs: one or two pilots, VFR or IFR. More than 70 AW109 Trekkers have been sold to customers around the world to date for multiple missions such as EMS / SAR, VIP transport, offshore, utility, law enforcement. To date, more than 1,500 AW109 series units have been sold globally for the widest scope of missions.