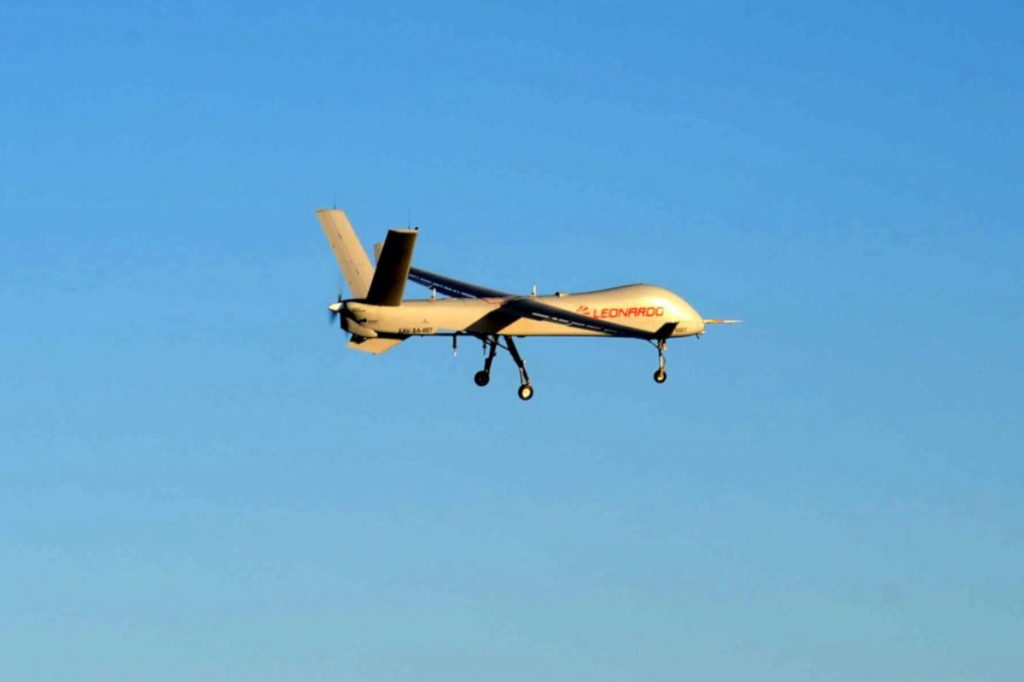 The Falco Xplorer is wholly designed by Leonardo and the largest Remotely-Piloted Air System ever built by the company. (Photo: Leonardo)

Leonardo completed the maiden flight of its new Falco Xplorer drone aircraft. The company explains a Falco Xplorer S/N0001 took off from Trapani Air Force base on January 15, cruised over the Gulf of Trapani in a dedicated fly zone, for approximately 60 minutes and then returned to base, landing safely.

The maiden flight received technical and engineering support, at the test flight planning stages and with other related activities, by the Italian Air Force Test Flight Centre. The Remotely-Piloted Air System (RPAS), which combines endurance of more than 24 hours with a max payload of 350 kg, will now embark on a test-flight campaign that will assess the aircraft’s full range of capabilities, including its integrated sensor system. These tests will also certify the Falco Xplorer against NATO’s airworthiness STANAG 4671, expanding the territory over which it can operate.

The Falco Xplorer was first unveiled at last year’s Paris Air Show. It has been designed to offer persistent, multi-sensor strategic surveillance to military and civil customers and can be used as either an integrated system or as a fully managed information-superiority service, flown and operated by Leonardo. The aircraft is rated for a maximum take-off weight of 1.3 tons and an operating ceiling above 24,000 feet, making it an option for Intelligence Surveillance and Reconnaissance (ISR).

An optional hyperspectral sensor will allow the Falco Xplorer to monitor pollution and agricultural development. The native satellite link capability allows for beyond-line-of-sight operations, while its open system architecture means that third-party sensors can be integrated. Not subject to International Traffic in Arms Regulations (ITAR) restrictions and meeting the criteria for Missile Technology Control Regime (MTCR) class II, Leonardo states the Falco Xplorer is readily exportable around the world.