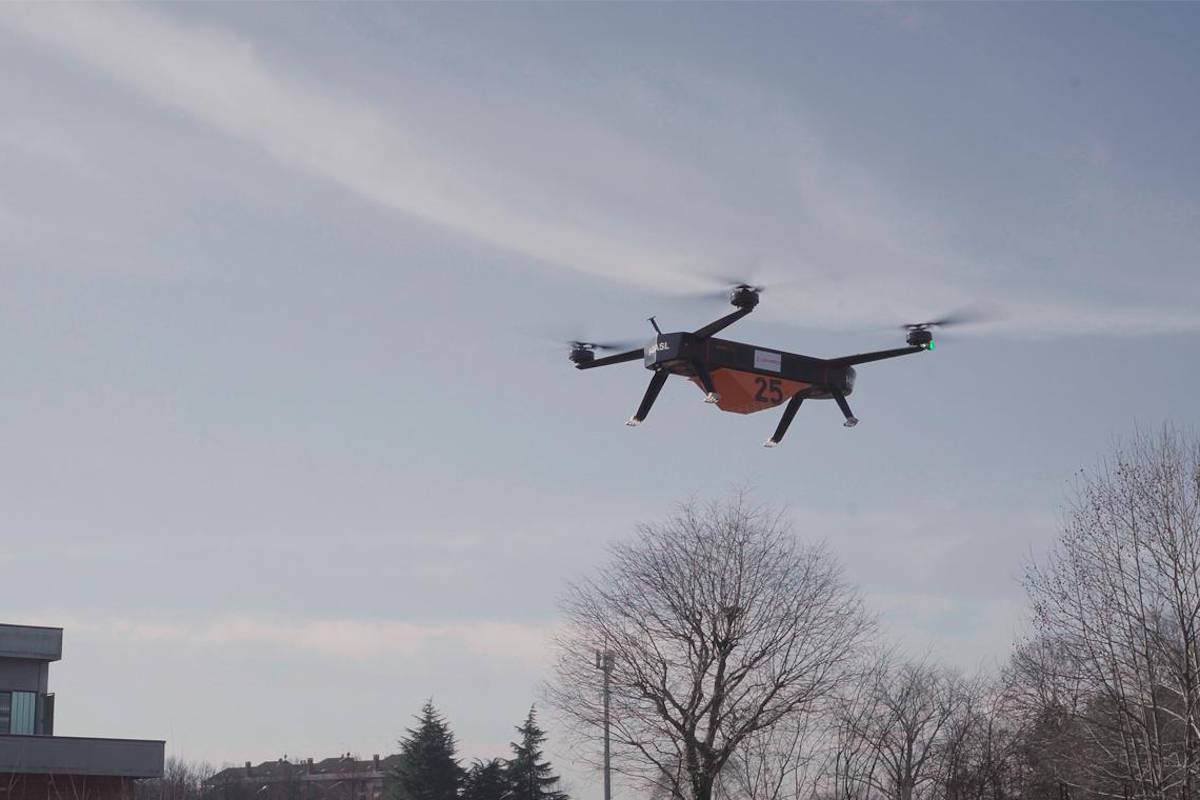 Leonardo’s experimenting with advanced air mobility as it introduces drones into civilian skies and develops drone-based services for Italy and internationally.

In a recent collaboration with the Municipality of Turin and D-Flight, Leonardo conducted a series of test flights in which a drone weighing 130kg and powered by an electric propulsion system carried loads of up to 25kg. The demo, authorized by ENAC (the Italian Civil Aviation Authority) took place in the city of Turin. The company states that it is the next step towards a new model of air transport logistics for medium-range routes, defined as those up to 50km.

The project, called “Sumeri: Si Salpa!” is the first in Italy to create a remotely-piloted system for urban environments. It is part of a series of experiments that will lead towards a future in which drones carrying hundreds of kilos of goods will be flown up to 50km by operators using a Beyond Visual Line of Site (BVLOS) control system.

Laurent Sissmann, SVP Unmanned Systems at Leonardo, said in a statement, “This initiative is an expression of Leonardo’s vision to make cities more functional, sustainable and ecologically-friendly through the application of new technologies in the fields of unmanned aircraft and logistics, applications which can also be used in times of emergency, such as those we’ve seen in recent months.”

The trial incorporated three factors that will be essential in the development of innovative logistics services for urban environments: the high load capacity of the drone, a high level of automation and advanced capabilities for dealing with air traffic management. The benefits to citizens of such services will include faster deliveries, lower costs and, most importantly, reduced pollution due to the drones’ electric propulsion systems.

The demonstration is facilitated by an air traffic management software platform developed by D-Flight, which provides QR code registration and release services for the experiment. D-Flight is also taking the opportunity to trial a new mobile app that can facilitate mission planning and in-mission tasks.

The use of such systems is highlighting the company’s efficient, innovative and practical response to future European regulation on ‘U-space’, airspace specifically designated for remotely-piloted aircraft. D-Flight offers one of the first operational European software platforms for U-space, allowing traditional aircraft and drones to co-exist in the same airspace. The company’s ability to support the progressive introduction of new drone services will allow for the sustainable development of an already growing sector.