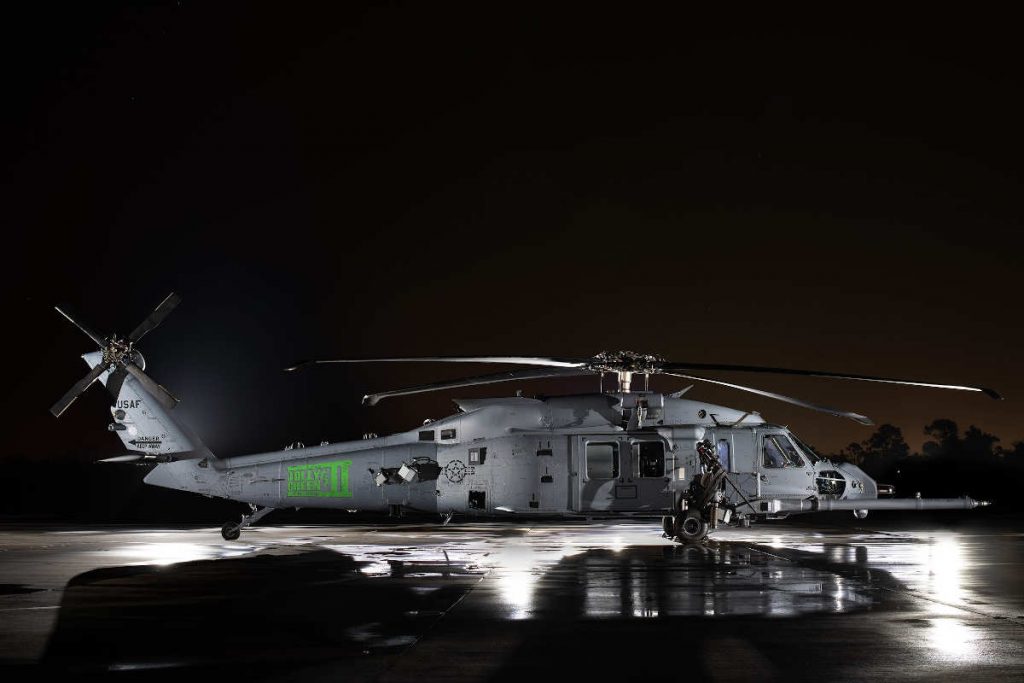 An HH-60W, which the USAF has named as Jolly Green II, arrives at Rosen Shingle Creek resort in Orlando, the site of the annual Air Force Association Air Warfare Symposium. (Photo: Sikorsky)

Sikorsky will build 12 additional HH-60W Combat Rescue Helicopters (CRH) following a second Low Rate Initial Production (LRIP) contract award by the U.S. Air Force, known as Lot 2, and valued at more US$500 million. The HH-60W is an all-new helicopter based on the UH-60M Black Hawk and customized for the U.S. Air Force’s rescue mission.

Sikorsky explains the award follows a string of significant program milestones in 2019, including first flight, a Milestone C decision by the Air Force, and award of the first Low Rate Initial Production (LRIP) contract for 10 aircraft.

“Our team works daily – and in close collaboration with our customer – to ensure we build and deliver this highly capable and much-needed helicopter to the warfighter,” said Greg Hames, CRH program director, Sikorsky.

Since achieving the Milestone C decision from the Air Force in September 2019, which moved the CRH program into low rate initial production, the program continues what Sikorsky describes as an aggressive flight test schedule.

Currently seven CRH aircraft are in flight, two of which are with the U.S. Air Force at Duke Field, Eglin Air Force Base in Florida, with all aircraft engaging in expanded flight tests to support the path forward to Required Assets Available (RAA). Low rate initial production of CRH Lot 1 aircraft major assembly is underway, with Lot 2 assembly to follow. The program remains on track to meet contract delivery of RAA in 2020.

Sikorsky explains the HH-60W Combat Rescue Helicopter is significantly more capable and reliable than its predecessor, the HH-60G Pave Hawk. The aircraft features a new fuel system that nearly doubles the capacity of the main fuel tank on a UH-60M Black Hawk, giving the Air Force crew extended range and more capability to rescue those injured in the battle space.

The U.S. Air Force program of record calls for 113 helicopters to replace the Pave Hawks. A total of nine aircraft will be built at Sikorsky’s Stratford, Connecticut, facility during the Engineering & Manufacturing Development (EMD) phase of the program ― four EMD aircraft and five System Demonstration Test Articles (SDTA).