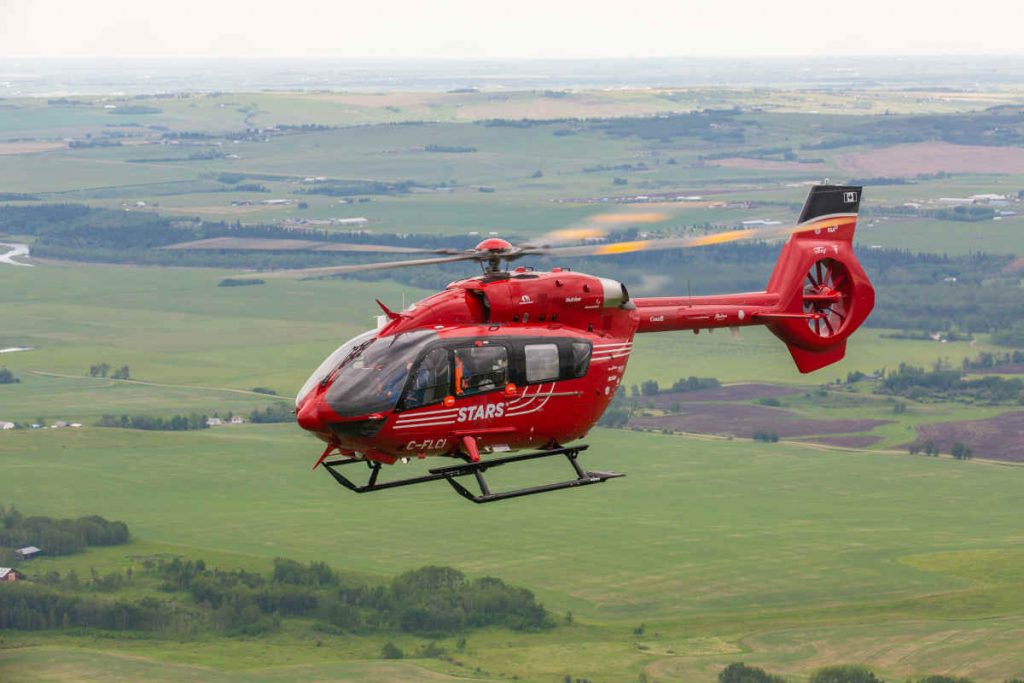 STARS Air Ambulance took delivery of its first two Airbus H145 helicopters in May 2019 as part of a fleet upgrade program scheduled to have nine of the same aircraft type arrive by 2022. (Photo: STARS)

Since it flew its first air ambulance mission in 1985, the Shock Trauma Air Rescue Service (better known as STARS) has amassed a lot of experience providing critical health service in its helicopters.

The current Covid-19 crisis, however, has been challenging.

“STARS’ No. 1 priority is to maintain and protect unimpacted operations,” said Ms. Farnden. “STARS transport physicians are regarded as experts in the field of critical care, and probably the reason why STARS was asked to participate in an international consortium to share learnings of Covid.”

Rigorous protective equipment and decontamination procedures have been developed, along with a buddy system oversight that acts as a safeguard.

As with so many organizations affected by the pandemic, funding is the main operational issue facing STARS.

Revenue from its lottery is down $1.2 million, and regular funds provided through calendar sales have dropped 50 per cent.

STARS is also in the process of updating its fleet to a total of nine new Airbus H145 helicopters. By 2022, five helicopters will be used in Alberta, three in Saskatchewan and one in Manitoba.

The total bill for the fleet update is $135 million — $13 million per helicopter plus associated costs like pilot and mechanic training along with ground control equipment.

The bulk of the funds has already been provided by municipal, provincial and federal governments, but $30 million still remains to be raised through the STARS capital campaign.

Compounding the financial challenge is the rising cost of running missions and training pilots, all while dealing with health effects associated with the pandemic.

While current economic and health conditions leave many operational questions up in the air, support from communities, Ms. Farnden said, keeps the STARS organization grounded.

“During this time of distress and uncertainty, we must rely on community partners like you now more than ever,” she said.

“The one area that has remained staunch and unwavering is the support that STARS receives from our municipalities. We are truly grateful.”

STARS is requesting a $5,930 contribution for next year, which equals about $2 for every resident in the MD.

After the presentation, council deliberated on whether the funding should be increased.

“We’re very lucky to have this,” said deputy reeve Rick Lemire. “I would have no problem increasing the funding. We could maybe top it up to an even $10,000, or something like that. I think it’s a very valuable asset, and it’s widely used in the area, as you can look at their missions that they’ve flown out here.”

Council eventually opted to keep the $5,930 but will include STARS in future deliberations on using Covid-relief funding available through the Municipal Operating Support Transfer. The MD has until March 31 to use $305,223 from the provincial and federal governments to support organizations affected by the Covid-19 pandemic.