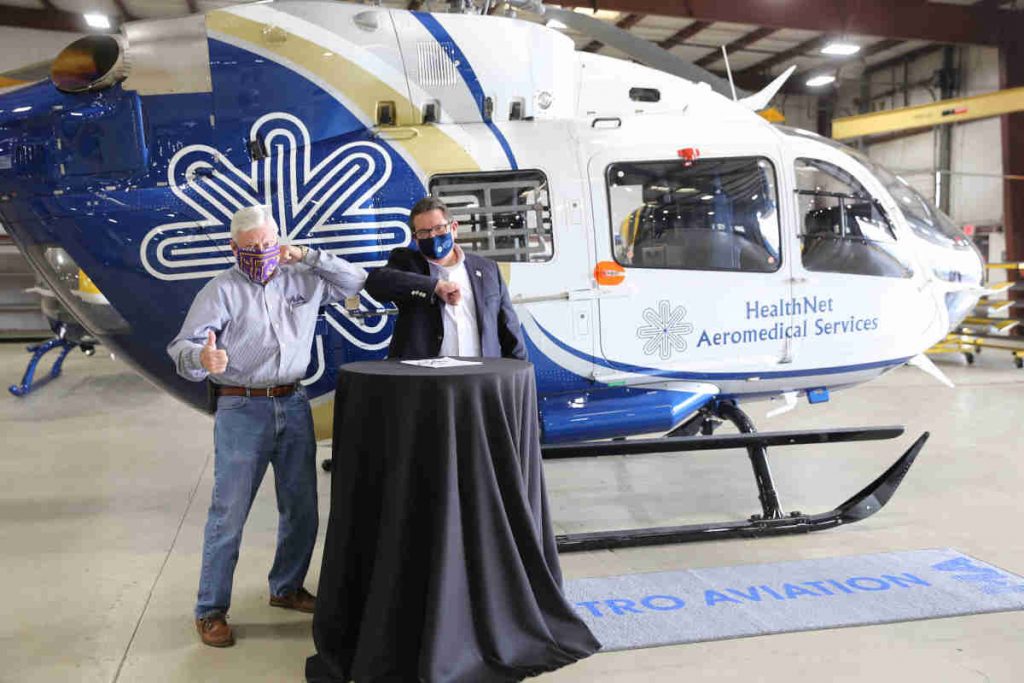 HealthNet Aeromedical Services, a hospital-based program headquartered in Charleston, West Virginia, is adding an IFR-equipped Airbus EC145e to its fleet. The aircraft will enter service later this month in support of Charleston Area Medical Center. This is the eleventh HealthNet interior completed by Metro Aviation.

“HealthNet Aeromedical Services values its decades-long partnership with Metro Aviation for completion services on our twin-engine aircraft and with Airbus for our entire fleet of helicopters,” said Clinton Burley president and CEO, HealthNet Aeromedical Services. “These relationships are built on mutual respect and a crystal-clear focus on operational safety and the clinical needs of the patients we serve.”

Metro completed the aircraft at its Shreveport, Louisiana, headquarters, equipping the EC145e with a Metro Aviation medical interior. The aircraft is also equipped with the Genesys Aerosystems IFR platform with HeliSAS/EFIS technology and three-axis autopilot.

“Few things in this industry are as important as the relationships you build,” said Mike Stanberry, president and CEO, Metro Aviation. “One of the relationships we are most proud of is the one we’ve developed with Clinton Burley and HealthNet Aeromedical Services. They are frontrunners in everything they do and we are proud to be a small part of it.”

Ahead of the first aircraft entering service, HealthNet signed an agreement to purchase a second EC145e, to be delivered in 2021. That aircraft will replace the program’s current EC145 serving its Morgantown, West Virginia, base which supports WVU Medicine. Metro explains the aircraft’s improved capabilities will enhance the hospital’s ability to transport ECMO, pediatric, and other specialty patients.

“This [EC145e] signing marks our third such aircraft in the 145 series,” said Burley. “Undoubtedly the 145e is the most mission-versatile and cost-effective helicopter air ambulance platform available. Its utilization within our fleet exemplifies our 34-year commitment to the delivery of safe, high quality and cutting-edge transport medicine.”