The first helicopter flew in Canada in Homewood, Man., (40 kilometers southwest of Winnipeg) in the 1930s. Last fall, a group of aviation enthusiasts formed a committee to arrange to erect a granite cairn in Homewood. The goal was to raise $9,000, which included the cost of a 48-inch granite cairn and two "Historic site ahead" signs on Highway 3. The purpose was to recognize the three Froebe brothers for designing, building and flying Canada;s first helicopter, an event recognized by all relevant Canadian government agencies. 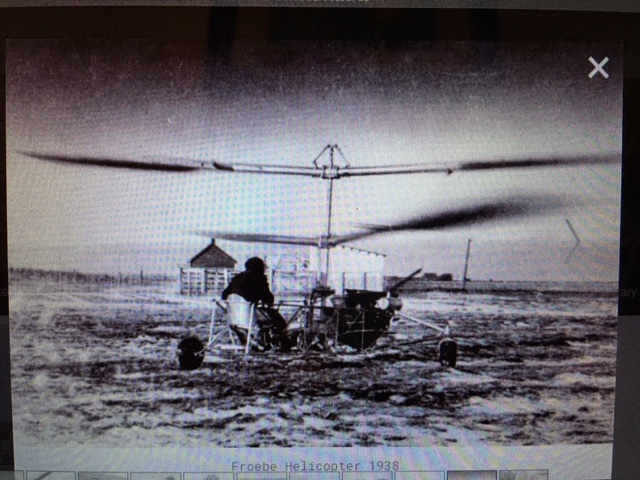 In March, the committee held a meeting at the RM of Dufferin offices and can report that, as a result of donations from friends and family; a grant from the Thomas Sill Foundation and the Canadian Aviation Historical Society; it has exceeded the $9,000 and this project is now paid in full.

I am amazed at how everyone from friends (yes, on Facebook also) and family wanted to contribute to this aviation historical project. The 48-inch granite cairn is at Carman Granite works waiting to be etched. The wording will read: “Near this site in the 1930s, Nicholas, Douglas and Theodore Froebe designed, built and flew Canada’s first helicopter.”

The RM of Dufferin has allocated a spot of land for this granite cairn on Crown land in the small hamlet of Homewood. Homewood homecoming is July 15, at which time the dedication ceremony and unveiling will take place. This has been a fun and worthwhile project. Everyone is invited to the unveiling event.

Our biggest comment was, “It’s about time someone recognized this event, somehow.”

This original helicopter is now on display at the Royal Aviation museum of western Canada in Winnipeg.