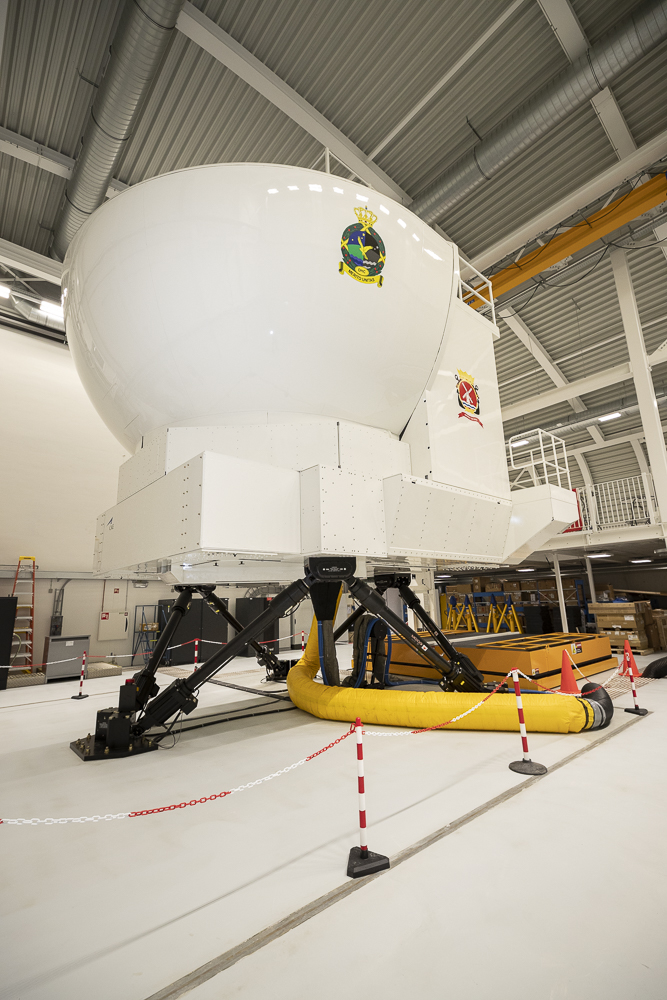 Rotorsim, the joint venture owned equally by CAE and Leonardo, has started training on the NH90 Full Mission Flight Trainer (FMFT) following its relocation from the Rotorsim training centre in Sesto Calende, Italy, to a new training facility at Maritime Air Base de Kooy in Den Helder, the Netherlands.

“We have trained our NH90 crews for the past eight years in Italy as part of the very successful Joint NH90 Training Program,” said Air Commodore Robert Adang, commander of the Netherlands Defence Helicopter Command. “This new training facility in Den Helder now allows us to train our aircrews in the Netherlands while further advancing our synthetic training capabilities. The value of simulation-based training is critical to preparation and readiness, and the NH90 FMFT plays a key role in complex mission training for our NH90 aircrews.”

The companies explain that the RO/RO cockpit design enables cockpits representing various helicopter types to be used in the mothership simulator platform, thus giving the NLMOD the flexibility to add simulator cockpits in the future. CAE, under subcontract from Rotorsim, will now provide on-site maintenance and support services on the NH90 full-flight and mission trainer in Den Helder.

“Through our Rotorsim joint venture with Leonardo, we are pleased to have supported the Netherlands NH90 training since 2011, and now assisting the Netherlands in relocating NH90 training to Den Helder,” said Marc-Olivier Sabourin, VP and GM, Defence & Security International, CAE. “The NH90 FMFT is now entering service in Den Helder where CAE had supported the operations of the Joint Lynx helicopter simulator for over 25 years. We look forward to continuing our collaboration with the Netherlands Ministry of Defence to support their training and readiness requirements.”