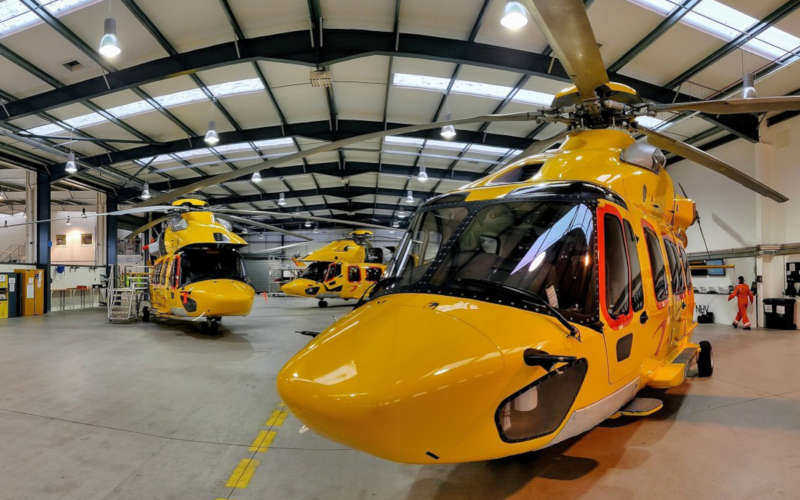 The UK AOC will also enable NHV to continue to operate flights from its existing bases in Aberdeen and Norwich regardless of Brexit results. (Photo: NHV Group)

NHV Group, headquarters in Ostend, Belgium, has gained an Air Operator Certificate (AOC) by the UK Civil Aviation Authority (CAA). The company explains this AOC reconfirms an intention to strengthen its position in the UK offshore helicopter segment.

NHV has currently inducted seven aircraft under its UK AOC, all of which were previously registered under NHV’s Belgian AOC. The UK AOC will also enable NHV to continue to operate flights from its existing bases in Aberdeen and Norwich regardless of the outcome of talks on a future UK-EU aviation agreement.

“I believe it was the right call and right time to pursue our UK AOC,” said Jamie John, NHV base manager Aberdeen. “We have been extremely encouraged by the level of interest from our customers during the certification process. By adding the UK AOC to our portfolio, we already have a key part of our Brexit contingency plan in place.”
NHV’s UK AOC was led by Michael Gislam, who pointed to the support and dedication of the UK Civil Aviation Authority in processing the company’s certification, as well as the many stakeholders involved. NHV Group currently holds a strong geographic presence in Europe and Western Africa with a multipurpose fleet of +60 helicopters.

NHV conducts operations out of several bases on two continents with a team of over 550 employees. NHV’s main focus is on the energy-producing industry, currently conducting operations in every oil producing country in Europe. NHV’s majority shareholder is Ardian, a private investment house with assets of US$96 billion managed or advised in Europe, the Americas and Asia.

“The accreditation of our UK AOC is a testament to our Group’s high standards of safety and operational excellence,” said Steffen Bay, CEO of NHV Group. “This accomplishment is a proud moment in NHV’s history and I am convinced it will bring along business opportunities for our global helicopter services portfolio.”