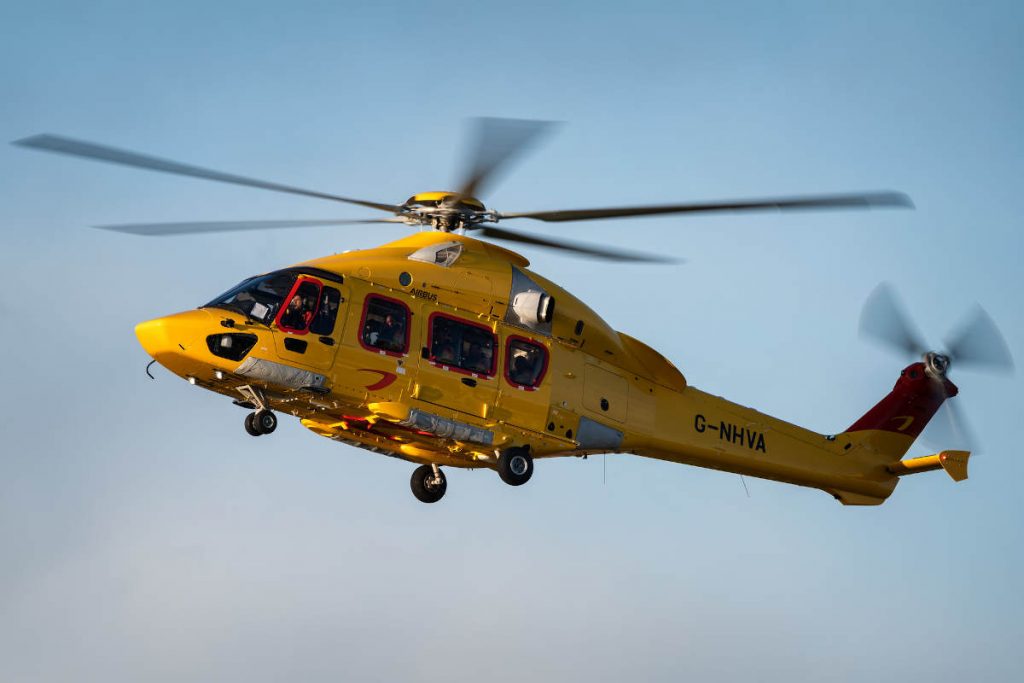 NHV states the H175 has the capability of carrying a full payload to 90 per cent of the North Sea’s offshore installations. (Photo: NHV Group)

NHV Group announced that its fleet of 13 Airbus H175 helicopters has surpassed its first 40,000 flight hours, primarily focusing on the transportation of personnel and supplies to offshore oil-and-gas platforms.

NHV notes that the worldwide H175 fleet has accumulated more than 66,000 flight hours, which means NHV has accounted for more than 60 per cent. NHV was the global launching customer of the super-medium-sized H175 platform. Its first two H175s entered into service in December 2014, operating from Den Helder before NHV gradually expanded its H175 operations to other bases in the North Sea and West Africa.

“We have successfully positioned the H175 as the new standard for oil and gas missions,” said Thomas Hütsch, COO, NHV Group. “We continue to believe that the H175 is the best and most modern helicopter in its class today and are dedicated to further develop its strengths.”

NHV states the H175 has the capability of carrying a full payload to 90 per cent of the North Sea’s offshore installations; and that it is also well suited for search and rescue in support of such offshore operations, emergency medical services, public services, VIP and executive transport.