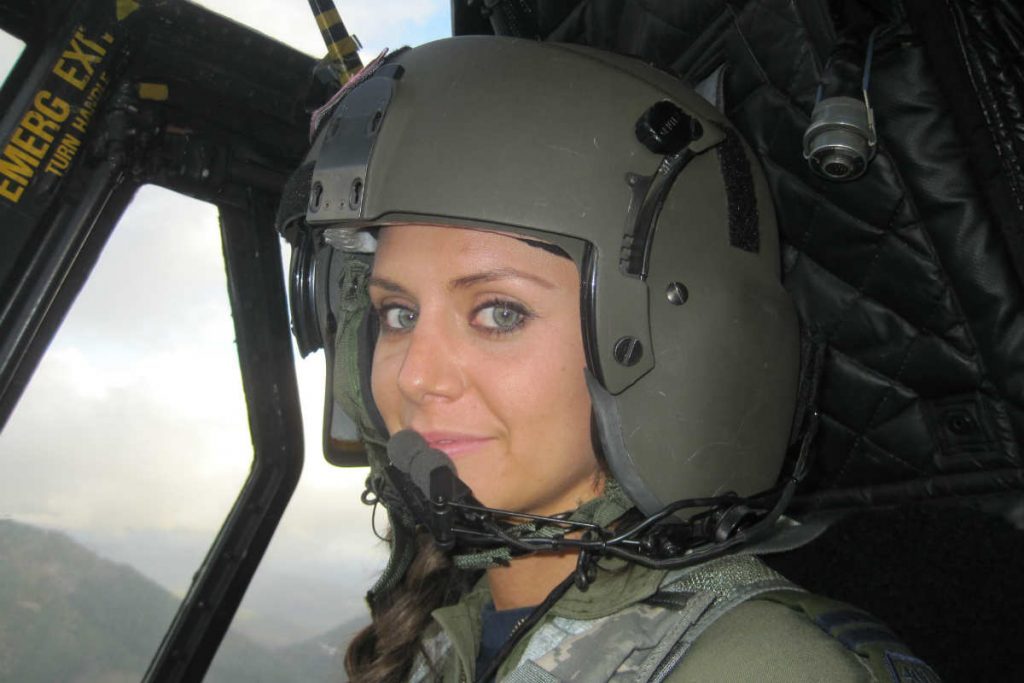 Major Alexia Hannam is a RCAF helicopter pilot and commanding officer of 417 Combat Support Squadron, based in Cold Lake, Alberta.

The Northern Lights Aero Foundation today announced the 2019 winners of its 11th annual Elsie MacGill award program, honouring Canadian women who have made outstanding contributions to aviation and aerospace.

“Our goal is to bring more recognition to women doing incredible work in aviation and aerospace in Canada,” said Joy Parker Blackwood, president of the Northern Lights Aero Foundation. “This year’s winners are all role models for the next generation of women in these industries.”

Education Award: Dr. Suzanne Kearns
Dr. Suzanne Kearns is an associate professor of aviation at the University of Waterloo. Since becoming a pilot at the age of 17, she has earned her commercial multi-instrument pilot (fixed- and rotary-wing), a college diploma in helicopter flight training, a Bachelor’s degree in Aeronautical Science and a Master’s in Human Factors and Systems Engineering. She has devoted her career to aviation education through lecturing, guest speaking, publications and e-learning.

Engineering Award: Lyndsey Poynter
Lyndsey Poynter is currently project engineer for MDA, supporting projects for the International Space Station and the Kennedy Space Center. After developing an interest in space at an early age, Poynter went on to complete a degree in Space and Communications Sciences from York University. She has been the recipient of numerous awards from NASA and the Canadian Space Agency.

Flight Operations: Major Alexia Hannam
Major Alexia Hannam is a RCAF helicopter pilot and commanding officer of 417 Combat Support Squadron, based in Cold Lake, Alberta. She flew the Chinook for 40 combat missions in Afghanistan and was the detachment commander in Operation LENTUS during the Fort McMurray and British Columbia wildfires on Search and Rescue Griffon helicopters. She is a vocal advocate for the Forces and women in aviation.

Government: Kathrine Stewart
Kathrine Stewart is a regular Member Special Constable Helicopter pilot with the Royal Canadian Mounted Police who provides search and rescue, mountain radio repeater access, aerial surveillance, border security, and pursuits and interception support to frontline RCMP members throughout Alberta, Saskatchewan and the Northwest Territories. Her career has ranged from forest fire fighting, wildlife management to diamond exploration, seismic exploration and work in the Arctic. She has over 13,000 flight hours and is endorsed on 8 helicopter types.

Pioneer: Captain Mary Cameron-Kelly
Captain Mary Cameron-Kelly was the first female Non-Commissioned Member to become a CP-140 Aurora pilot, captain of the first all-female CP-140 cockpit flight and first female Maritime Patrol Crew Commander. She has accumulated over 7200 flight hours with the military, making her the highest-time female pilot in the Canadian military, and has served as the crew commander for Operation Apollo, where she fought against terrorism in the Middle East. In 2007, she received the Women of Excellence for the Management and the Profession award.

Rising Star: Dr. Joelle Thorgrimson
Dr. Joelle Thorgrimson is a pilot, physician, physicist and future flight surgeon. She holds degrees in astrophysics, quantum computing and medicine, and has completed her private pilot’s license. Upon completion of her medical residency, she will be posted in Cold Lake, Alberta, where she will complete her flight surgeon training and work as a medical officer with the goal of pursuing aerospace medicine.

Rising Star: Lauren Egglestone
Lauren Egglestone graduated from Seneca College’s Bachelor of Flight Technology program in 2013. She started work for a small airline in Northern Manitoba the next day. She worked her way up from Assistant to the Chief Pilot, to First Officer, and ultimately Captain. Her flights included medevacs and scheduled routes in Northern Canada. Her northern adventure continued at Canadian North as first officer on the Dash-8, based in Yellowknife and Iqaluit. She recently fulfilled a lifelong dream of becoming a pilot for Air Canada where she flies the B-737 MAX.

The 2019 gala awards dinner will be held on September 28, 2019. at the Sheraton Parkway Hotel and Suites Conference Centre in Richmond Hill, Ontario.