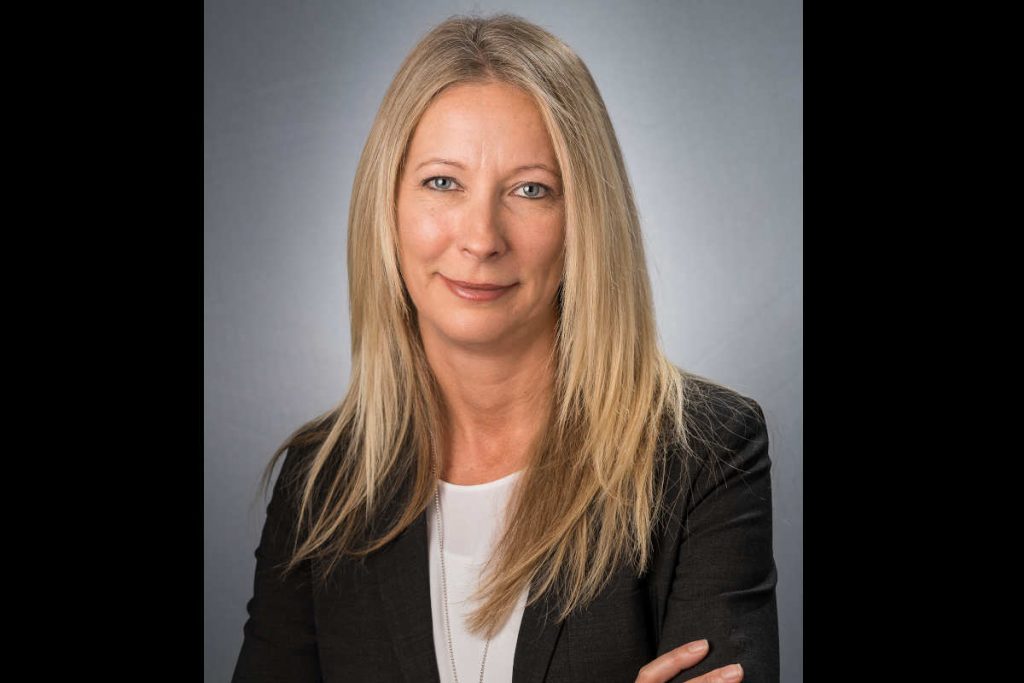 Nancy Barber of Bombardier is this year’s recipient of the Elsie Award in the Business category. (Photo: Bombardier)

The Northern Lights Aero Foundation today announced the 2020 recipients of its annual Elsie Awards, honouring Canadian women who have made outstanding contributions to aviation and aerospace.

“Our goal is to bring more recognition to women working in the world of aviation and aerospace in Canada,” says Kathleen Lang, president of the Northern Lights Aero Foundation (NLAF). “This year’s recipients are an incredible line-up of role models for the next generation of women in these industries. Due to the COVID-19 restrictions, we look forward to celebrating them in 2021.”

The 2020/2021 recipients include (with descriptions provided by NLAF):

Business Award: Nancy Barber
Barber was appointed Chief Operating Officer of Bombardier Aviation in July 2020 and is responsible for harmonizing operational processes across all manufacturing sites. Prior to this, Barber was COO of Final Assembly Line and Deliveries for Learjet, Challenger and Global aircraft programs in production at Bombardier’s facilities in Montreal, Toronto, and Wichita, as well as the business unit’s Procurement function.

Barber joined the company in 1998. She held several key positions with increasing responsibility, including Production, Quality, Customer Delivery Centre, In-Service Supplier Management and Supply Chain. She was also instrumental in the creation of Bombardier’s Women in Leadership conference and is a mentor in the Northern Lights mentorship program.

Education Award: Jo-Anne Tabobandung
Tabobandung is the Dean of Aviation at the First Nations Technical Institute (FNTI) on the Tyendinaga Mohawk Territory. FNTI delivers the only Indigenous post-secondary Aviation program of its kind in Canada, serving First Nations, Metis and Inuit people from coast-coast-coast. She graduated from the program in 1992, and has flown for the company Charter service and held the position of Chief Flight Instructor for 14 years.

As Dean of Aviation, Tabobandung oversees the Flight Training Unit, Academic department, and the Approved Maintenance Organization. A champion of students and the Bear clan of the Mohawk Nation, she ensures a cooperative, inclusive, and culturally relevant class environment and creates learning and employment opportunities by building strong partnerships throughout the aviation industry.

Engineering Award: Kathryn Atamanchuk, P.Eng., MBA, PMP, FEC
After completing a Bachelor of Science in Mechanical Engineering from the University of Manitoba in 1999, Atamanchuk began her career at StandardAero as a T56 Service Engineer. In her 13 years at StandardAero, she gained experience in both technical and engineering leadership roles while also completing an MBA.

For the last eight years, Atamanchuk has been an Engineer-in-Residence and Industry Partnerships Facilitator for the Price Faculty of Engineering at the University of Manitoba. She is passionate about women in engineering and aerospace. In 2019, Atamanchuk completed a Master’s of Science in Biosystems Engineering where her research focused on understanding career persistence of women in the engineering workforce.

Jackson is a member of the International Society of Air Safety Investigators (ISASI) and is a current aircraft accident investigator with the Air Line Pilots Association, representing the WestJet Airlines, where she operates a B737NG. She is the Canadian representative of the International Federation of Airline Pilot’s Association’s Female Pilot’s Working Group, focusing on issues that affect female airline pilots globally.

Government Award: Lieutenant Colonel Diane Baldasaro
A graduate of the Royal Military College of Canada, Baldasaro received her pilot wings and flew the CC-130 Hercules at 435 Squadron in Winnipeg, doing Search and Rescue, Air-to-Air Refueling, and Tactical Airlift. After promotion to Aircraft Commander, she became an Instrument Check Pilot and Squadron Standards Pilot at 436 Squadron in Trenton. Following four deployments to Afghanistan, Baldasaro advanced to Major as Squadron Aircrew Leader, oversaw the delivery of the CC-130J Hercules and initial crew training. Next, she was posted to 2 Canadian Forces Flying Training School as Chief Flying Instructor.

Returning to Trenton, Baldasaro completed the Joint Command and Staff College program, then became Deputy 8 Wing Operations Officer. Promoted to her current rank of Lt. Colonel, she was Operational Planning Team Lead for the RCAF Air Test and Evaluation Rebalance. In 2018, she became Commanding Officer of 437 Squadron, responsible for Strategic Air-to-Air Refueling and VVIP Transport for the Government of Canada in the Polaris Airbus aircraft, a highlight of her career.

Trailblazer Award: Honorary Colonel Kendra Kincade
Kincade worked as an Air Traffic Controller for nearly 20 years, until transitioning to her role as NAV Canada’s Employee Brand Specialist. She began her philanthropic journey by climbing Mt. Kilimanjaro to fundraise for the Lois Hole Hospital and then founded the non-profit, Changing Stories, undertaking projects such as building schools and playgrounds in El Salvador and Nicaragua.

In 2015, Kincade founded Elevate, a non-profit devoted to helping women realize their potential, where she is currently Chair and Executive Director. Elevate is a support network for women in aviation, with a mentorship and bursary program and the Elevate Aviation Learning Centre that inspires the pursuit of careers in the industry. Kincade is an Honorary Colonel of the RCAF 417 Helicopter Squadron and has received numerous awards and recognition for her work inspiring women across Canada.

Rising Star Award: Maegan Extross
Extross earned her Glider Pilot’s License and Private Pilot’s Licenses through the Air Cadet program, before graduating as a Warrant Officer Second Class in 2015. She attended the Aviation Safety Advanced Diploma Program at Seneca College, where she became the President of the Seneca Aviation Association in her first year and established a very successful annual networking event that brings together members of the industry and students.

Extross was chosen to be the Valedictorian of her class and graduated with Honours. She completed a co-op term with NAV CANADA, where she was hired full-time after her graduation in 2018. She works as a Research Analyst, providing traffic and safety analysis to support informed decision-making. Extross also enjoys volunteering with Elevate Aviation and as the Ontario Ambassador works to coordinate events and partnerships.

Rising Star Award: Kathleen Legge
Legge received her wings at age 17 through the Air Cadet Power Pilot Scholarship and then completed the Integrated Commercial Pilot Course, both at Moncton Flight College. She then had an exciting season flying skydivers while also working at Skylink Express as a dispatcher. Legge finally transitioned to a flight -line position, flying cargo on the Cessna Caravan and operating single pilot to many challenging Maritime destinations.

Legge was later hired as a King Air 200 Captain for Maritime Air Charter, often doing the rewarding flying of organ transfer medevacs. In addition to being Assistant Chief Pilot, Company Aviation Safety Officer, and Marketing Manager, she is also the Director of Flight Operations. Legge also works as a contract captain for NovaJet Aviation Group based in Toronto, flying private and corporate charter on a Gulfstream Astra SP.