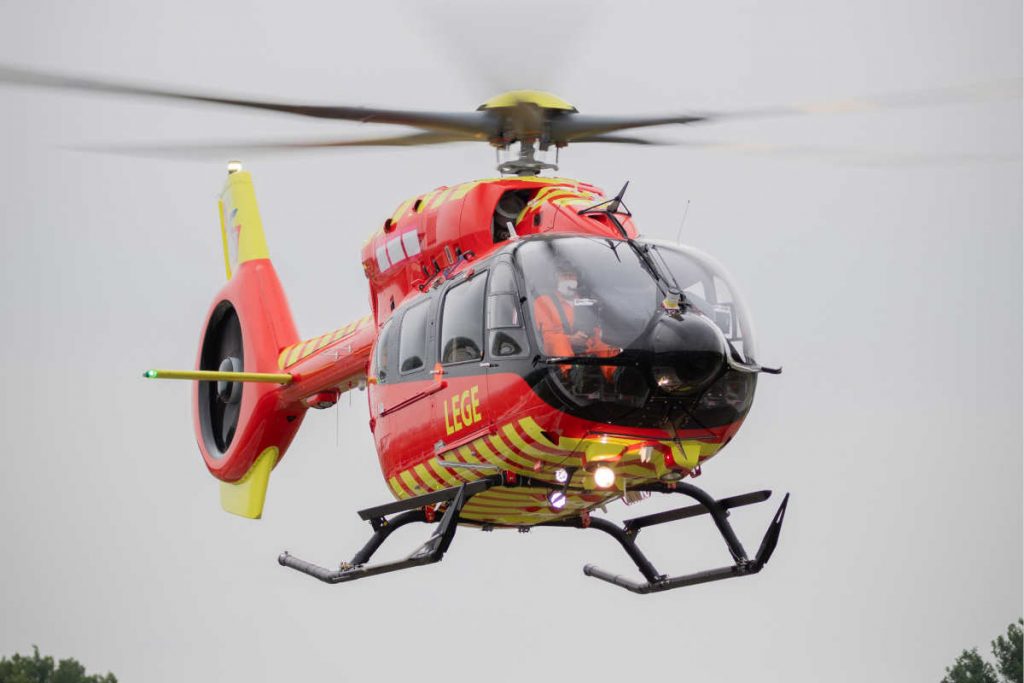 “I can’t wait to see this new version in operation, contributing to the success of life-saving missions,” said Bruno Even, CEO, Airbus Helicopters. “Our teams have worked hard to bring this enhanced multi-mission helicopter to the market quickly.”

Today, Norwegian Air Ambulance operates all 13 HEMS bases in Norway and all four bases in Denmark using a fleet of H135s and H145s, which are all Helionix-equipped. The organization explains its new five-bladed H145 will be used to improve its HEMS operations.

“We’re proud to be the first operator to use the new five-bladed H145 for our research and development projects,” says Hans Morten Lossius, Secretary General of Norwegian Air Ambulance Foundation.

The H145 is developed jointly with Kawasaki Heavy Industries. The first delivery by the Japanese cooperation partner is scheduled for early next year. Powered by two Safran Arriel 2E engines, the H145 is equipped with full authority digital engine control (FADEC), Helionix avionics and a 4-axis autopilot.