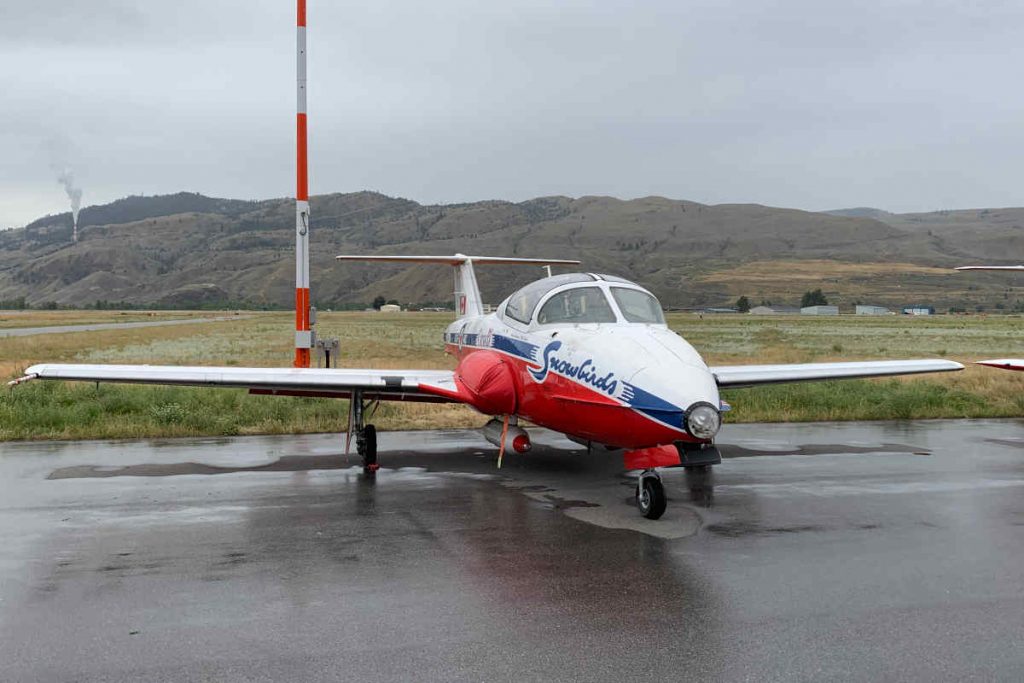 The RCAF has a total of 23 CT-114 Tutor aircraft, including 18 at 431 Squadron. There are also five CT-114 aircraft at the Aerospace Engineering Test Establishment at 4 Wing Cold Lake, Alberta, which are nearing retirement.

The CT-114 Tutor fleet was put on an operational pause following the May 17 accident in Kamloops, BC, which killed the team’s public affairs officer Captain Jennifer Casey and seriously injured pilot Captain Richard MacDougall. During the accident, the Snowbirds were taking part in the mission Operation INSPIRATION, which began on the first weekend of May, flying across the country from east to west to lift the spirits of Canadians and to help recognize those doing their part to fight the spread of COVID-19.

“The risk analysis for the CT-114 Tutor fleet undertaken by the airworthiness authorities and their teams of experts was detailed and thorough,” said O’Reilly. “I have the utmost confidence in their work, and the mitigation measures developed. These measures will enable the fleet to return to flying operations.”

National Defence notes the DFS investigation into the Kamloops accident is focusing on environmental factors, including a potential bird strike, as well as the performance of the escape system – as is the case in all ejection-related accidents. A preliminary From the Investigator report was published on June 1, 2020.

The DFS investigation into the Georgia accident, which occurred on October 13, 2019, determined that the most probable cause of the accident was a fuel delivery system failure within the engine. En route to an air show in Altanta, the pilot safely ejected from the CT-114, but reported anomalies with the ejection sequence and the parachute opening.

The remainder of the Snowbirds 2020 air demonstration season remains cancelled, with 431 Squadron team members first focusing on gradually returning to flying operations. With the operational pause lifted, the CT-114 in Kamloops, B.C. will return to 15 Wing some time over the next two weeks.

“The Snowbirds continue to mourn the loss of Captain Jennifer Casey. The best way we can honour her is to get back into operations in a safe and deliberate manner,” said Lieutenant-Colonel Denis Bandet, Commanding Officer, 431 Air Demonstration Squadron. “While we are saddened that the 2020 air demonstration season is officially cancelled, and that we will not be completing Operation INSPIRATION, the team is looking forward to getting back in the air and starting to train for next year’s season.”