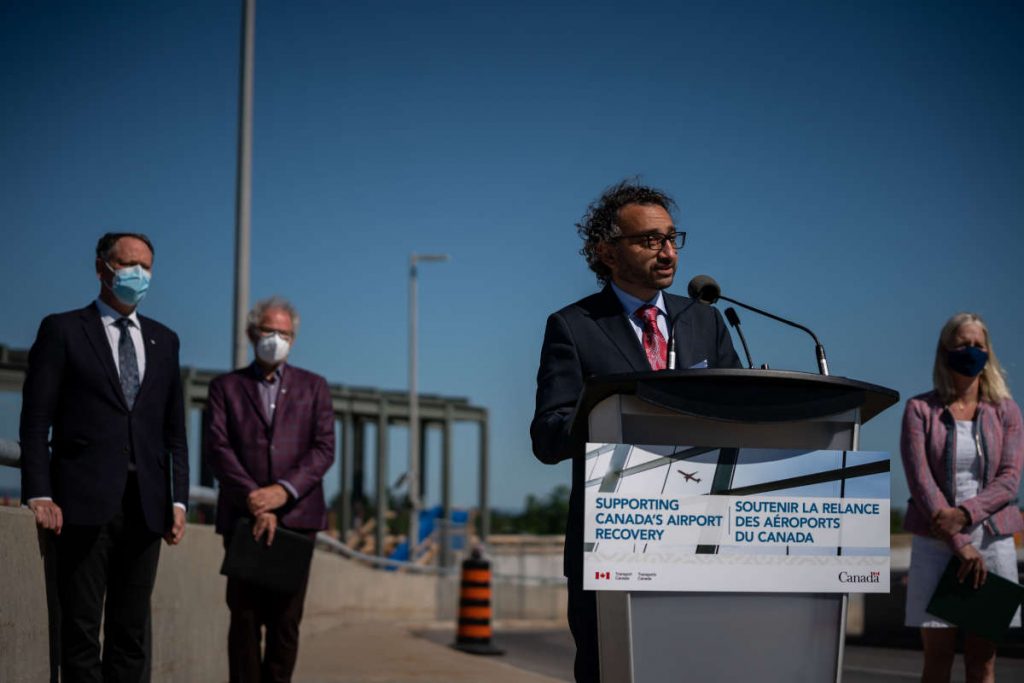 Minister of Transport Omar Alghabra on June 16 announced two significant Federal funding initiatives totalling just over $12 million to help Ottawa Macdonald-Cartier International Airport recover from the effects of the COVID-19 pandemic and to support the development of transportation infrastructure at the airport.

“As we move forward with the safe gradual return of activity in the aviation sector, both in Canada and internationally, in a way that continues to support the health, safety, and security of all Canadians, it will be imperative that we continue to ensure a vibrant and competitive Canadian air sector,” said Alghabra.

In making the announcement, Alghabra was joined at Ottawa International by the Minister of Infrastructure and Communities, Catherine McKenna, and the Member of Parliament for Ottawa South, the David McGuinty.

The Government of Canada is providing the Ottawa International Airport Authority with $6.4 million from Transport Canada’s Airport Critical Infrastructure Program (ACIP) for the construction of a light rail transit (LRT) station at the airport. ACIP, launched in May 2021, will distribute $489.6 million in funding over five years to airports for eligible infrastructure projects related to safety, security or connectivity to mass transit systems.

The total cost of the Ottawa Airport LRT station is $16.9 million. The Ottawa Macdonald-Cartier International Airport Authority is the project manager and will provide the remaining funding for the project.

The airport LRT station will be a three-story elevated structure connecting the airport terminal at the north end of Level 3 to the LRT station platform. The station will provide what the government describes as fully accessible connectivity for all users of the LRT who travel to and from the Ottawa Airport. Construction of the station is underway and is expected to be completed in summer 2022. 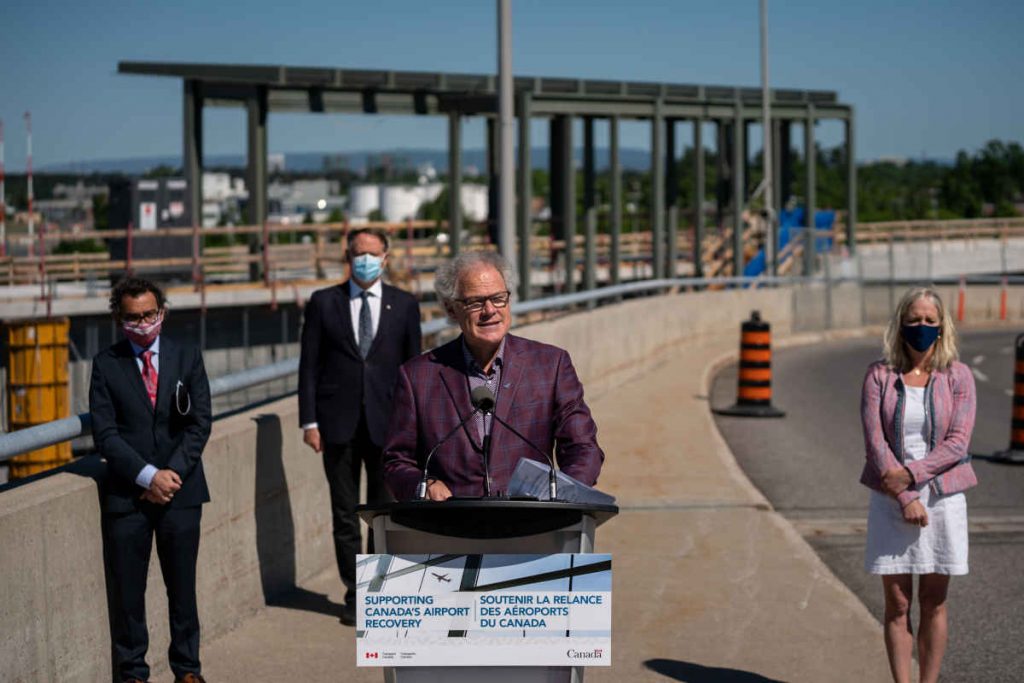 “Today’s announcement and the confirmation of funding for the Airport Terminal Station is welcome news. It will help us fulfill our commitment to build the station and ensure that YOW’s passengers, airport employees and surrounding communities are well served by reliable, predictable light rail service well into the future,” said Mark Laroche, President and CEO, Ottawa Macdonald-Cartier International Airport Authority.

In addition to the funding for the LRT station, the Government of Canada is also providing Ottawa International with $5,690,000 from Transport Canada’s Airport Relief Fund to help the airport maintain continued airport operations and essential air services for residents and workers in the National Capital Region and surrounding communities.