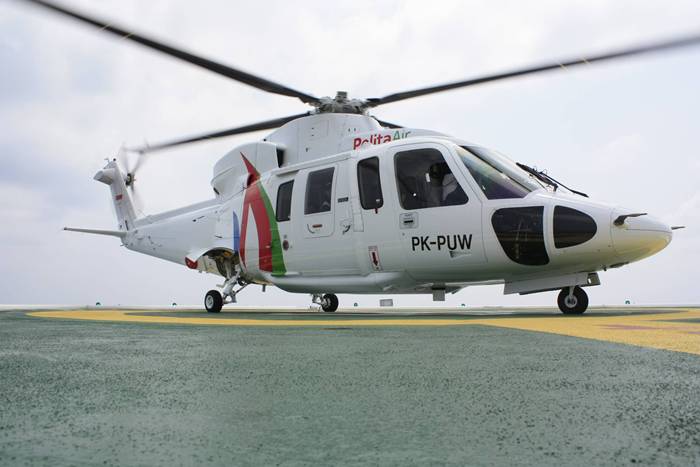 Pelita Air is based in Indonesia and was established in 1970. The company has five bases and a fleet of both rotary- and fixed-wing aircraft to provide transport services for various sectors including offshore, MEDEVAC, cargo, passenger, VVIP, and fire-fighting. Their helicopter fleet includes a range of aircraft types, including the Bell 412, Bell 430, BO105, and Sikorsky S-76 C++ and A variants.

Heli-One has supported Pelita Air’s S-76 aircraft since May 2012 with a range of maintenance and structural repair services under their existing support contract. Heli-One Canada is an Authorized S-76 Customer Support Center and an Authorized Gearbox Overhaul Facility.

“As we are currently supporting [Pelita’s] S-76C++s, we have developed a collaborative working relationship with the goal of keeping their aircraft flying at the highest levels of safety,” said Eddie Lane, President, Heli-One. “Our S-76 technicians are looking forward to supporting Pelita’s aircraft through innovative solutions and quality work for years to come.”

In addition to its Richmond headquarters, Heli-One holds MRO operations in Delta, BC; Stavanger, Norway; and Rzeszow, Poland. Heli-One is a segment of CHC Helicopter, the operating company of CHC Group LLC.