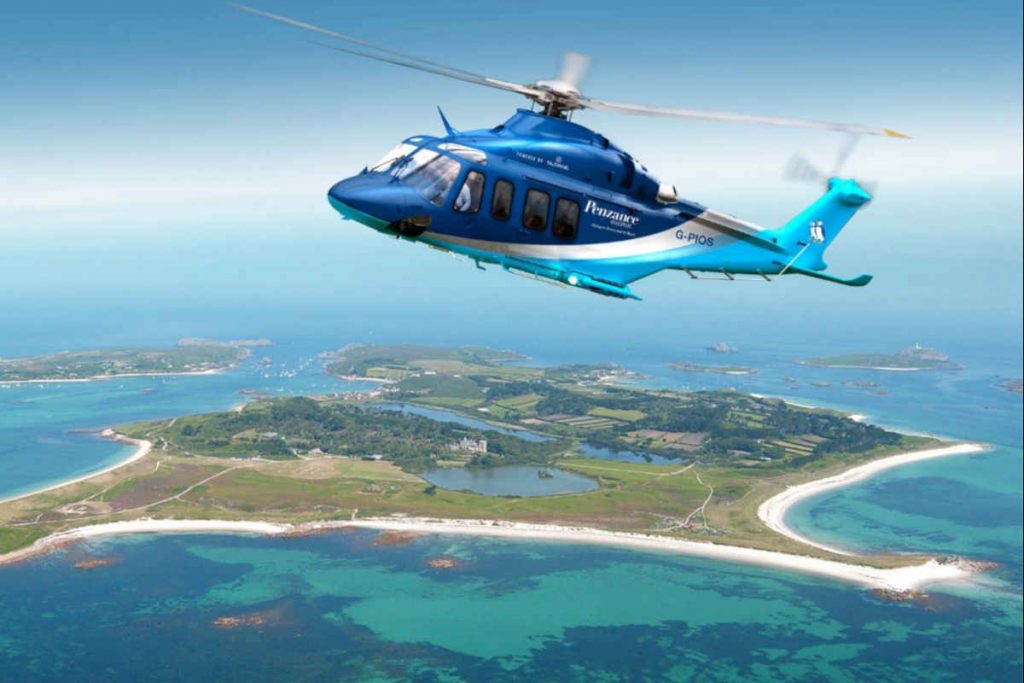 The operation will provide service from the mainland to the islands, taking 15 minutes aboard a modern Leonardo AW139 helicopter. Penzance explains the 15-seater helicopter will provide year-round service with up to 17 flights per day, six days a week.

The new service is to be provided by Sloane Helicopters, described by Penzance as one of the UK’s leading onshore helicopter operators with 48 years’ experience – in partnership with Penzance Heliport and Tresco Estate.

“The Penzance Helicopters service will be of great benefit to islanders and visitors to the Isles of Scilly, as well as bringing great benefits to the visitor economy of west Cornwall,” said Jeremy Awenat, managing director of Sloane Helicopters. “The level of public support for the new helicopter service from Penzance and the construction of a new Penzance Heliport has been overwhelming. We’re very much looking forward to providing this exciting new direct air link to improve connectivity to the Isles of Scilly.”

The company explains this ticket launch marks a major step forward in the re-introduction of a helicopter service to the islands from Penzance, where a service operated successfully for 48 years until October 2012.