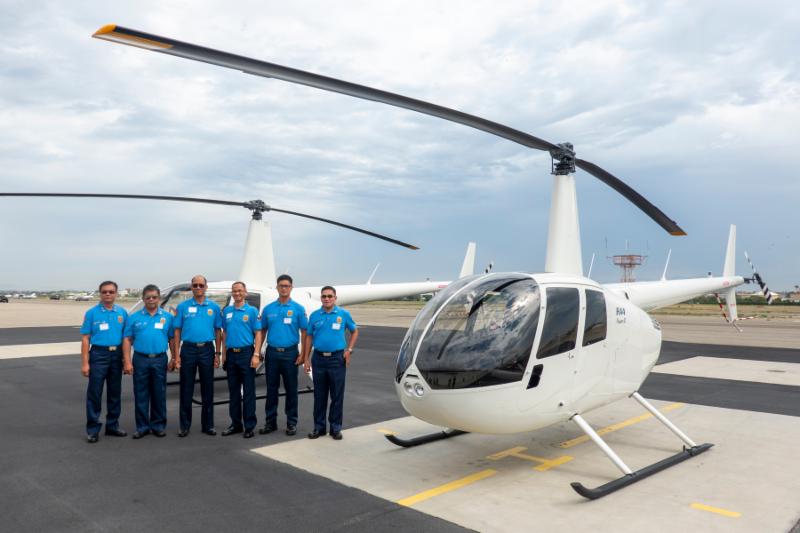 Robinson Helicopter Company on July 25 delivered two R44 Raven IIs to the Philippine National Police (PNP). The aircraft were purchased through Robinson’s long-time dealer Lionair Inc. based in Manilla, Philippines. This marks the first acquisition of Robinson helicopters by the Philippine government.

PNP is the armed civilian national police force tasked with law enforcement throughout the Southeast Asian country’s 7,000+ islands. Robinson explains the acquisition is part of an overall effort by the government to strengthen and expand its law enforcement.

Upon their arrival in Manila, the R44s were turned over to the Special Action Force Aviation Unit (SAF-AU) to be used for training. Police Lt. Colonel Ruel Zalatar, Chief of PNP-SAF-AU, who has logged significant time in various rotorcraft, noted the R44 is well suited for training and enhancing police-related skills namely surveillance, patrol, and aerial reconnaissance.