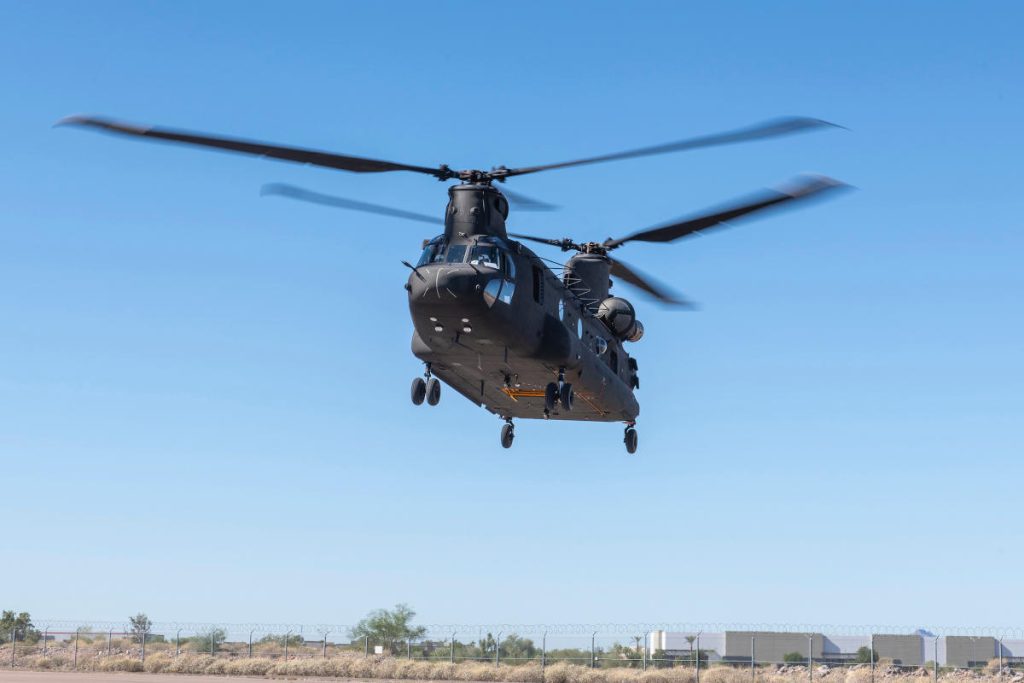 MANILA, Philippines (AP) — Philippine officials are considering a U.S. offer to provide heavy-lift helicopters like its widely used Chinooks after Manila scrapped a deal to buy military choppers from Russia due to fears of Western sanctions, the Philippine ambassador to Washington said Monday.

Then-President Rodrigo Duterte approved the cancellation of the signed deal to buy 16 Russian Mi-17 helicopters due to concerns over possible Western sanctions, which could hamper fast bank transfers of the income Filipino workers send home from the U.S. and other Western countries, Ambassador Jose Romualdez said.

Romualdez said Washington did not pressure the Philippines to drop the 12.7-billion-peso ($227 million) deal with the Russians.

But following Russia’s invasion of Ukraine in February, countries that would purchase Russian equipment could face Western sanctions, he said.

“I think it was really prudent specially for President Duterte to approve the cancellation of that contract because it can save us a lot of trouble,” Romualdez told an online news conference organized by Manila-based foreign correspondents.

The U.S. offer to sell Boeing CH-47 Chinooks was discussed as early as last year by former Philippine Defense Secretary Delfin Lorenzana and his American counterpart, Lloyd Austin, in Washington even before Duterte was persuaded by key Cabinet members to cancel the deal, Romualdez said.

One of Duterte’s Cabinet members, Finance Secretary Sonny Dominguez, warned Duterte then that Western countries may withhold assistance that could help the Philippines deal with and recover from coronavirus outbreaks, two Philippine officials told The Associated Press on condition of anonymity because of a lack of authority to discuss the issue publicly.

Lorenzana first confirmed the cancellation of the contract to secure Russia’s helicopters in an interview with AP last month. After serving as defense chief under Duterte, Lorenzana has been appointed by new President Ferdinand Marcos Jr. to head a government agency in charge of transforming former military bases into business hubs.

Romualdez said the Philippine government under Duterte made an initial payment of about $38 million to secure the Russian military transport helicopters and he would recommend Marcos Jr. and his top defense and foreign officials try to ask the Russians to provide other weapons or equipment that would be covered by that downpayment.

“Definitely we will not just simply say goodbye to that money,” Romualdez said. “It’s still a big amount as far as we’re concerned.”

A Filipino military official has said the helicopter deal would undergo a “termination process” after the Philippine decision to cancel it was made since a contract has already been signed. The Russians can appeal but there is little room for the Philippine government to reconsider, said the official.

Under the scrapped helicopter purchase agreement, which was signed in November, the first batch of the multi-purpose helicopters would have been scheduled for delivery by Russia’s Sovtechnoexport in about two years. Aside from the 16 helicopters, one unit should have been given for free to the Philippines, defense officials said.

The Russian-made helicopters could have been used for combat, search and rescue operations, and medical evacuations in the Southeast Asian archipelago, which is often lashed by typhoons and other natural disasters, Philippine officials said.

In March, the Philippines voted “yes” on a U.N. General Assembly resolution that demanded an immediate halt to Moscow’s attack on Ukraine and the withdrawal of all Russian troops.

Duterte has expressed concern over the global impact of the Russian invasion but has not personally condemned it. When he was in office, he nurtured close ties with Russian President Vladimir Putin, whom he once called his “idol,” and Chinese leader Xi Jinping while frequently criticizing U.S. security policies.

The Philippines is a treaty ally of Washington, which has imposed heavy sanctions on Moscow aimed at pressuring it to pull back from Ukraine.

Due to financial constraints, the Philippines has struggled for years to modernize its military, one of the most underfunded in Asia, to deal with decades-long Muslim and communist insurgencies and to defend its territories in the disputed South China Sea.