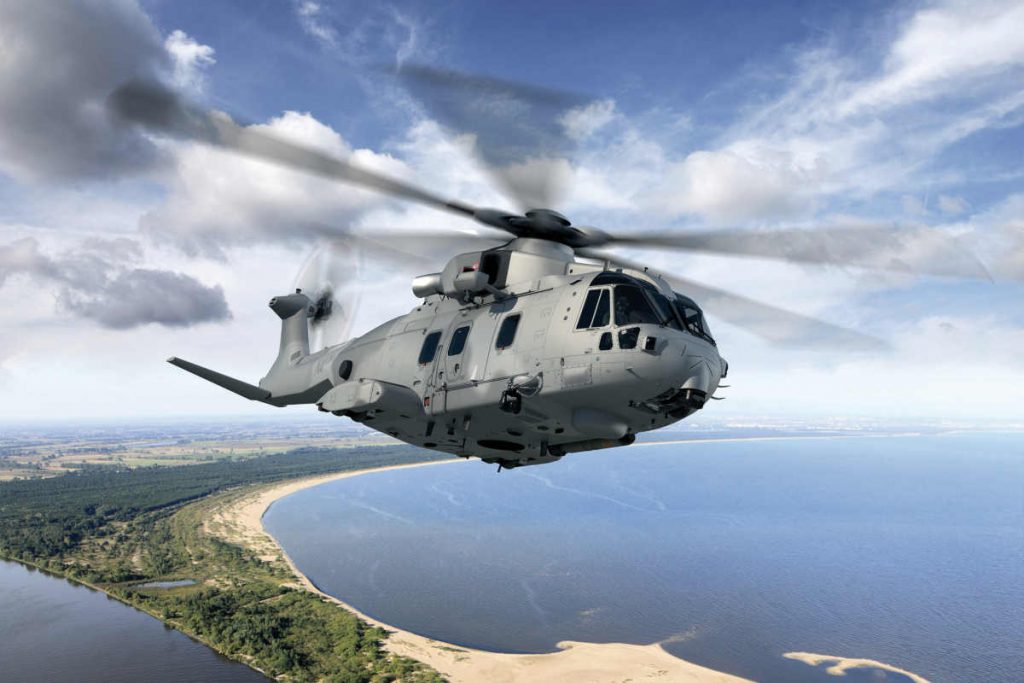 With deliveries to be completed by 2022, Poland’s four AW101s will perform Anti-Submarine Warfare and combat search and rescue missions. (Photo: Leonardo)

Leonardo signed a contract valued at approximately 380 million EUR ($571 million CDN) with the Polish Ministry of National Defence (MoD) to enhance the Polish Navy’s helicopter capability. Through its fully owned Polish company and main industrial presence in the country, PZL-Świdnik, Leonardo will supply four AW101 helicopters and an integrated logistics and training package to the Polish MoD.

PZL-Świdnik, acting as the prime contractor and responsible for the entire contract execution, was selected in a multi-stage process, explains Leonardo, meeting all the requirements of the Polish MoD.

The AW101 maritime multirole helicopter is already in service with some of the key NATO nations, among others. Leonardo states the Świdnik facility plays a significant role in the production of all the AW101s ordered worldwide.

Deliveries to the Polish MoD are expected to be completed by 2022. The AW101 will perform a range of missions, including Anti-Submarine Warfare (ASW) and Combat Search and Rescue (CSAR). This contract signing for the AW101s and the relevant support package follows the Offset Agreement, valued at approx. 90 million EUR ($135.2 million) recently announced.

The newest contract was signed in the presence of the Prime Minister of the Republic of Poland, Mateusz Morawiecki; the Polish Minister of National Defence, Mariusz Błaszczak; and Leonardo CEO, Alessandro Profumo, during a ceremony at Leonardo’s facility in Świdnik.

“We are proud that the Polish MoD has confirmed its trust in Leonardo as one of its key partners to collaborate on national defence, to support the modernization of the Armed Forces and boost technological and industrial growth,” said Profumo. “We are committed to further reinforcing our presence and contribution to Poland, one of Leonardo’s home countries where we see significant collaboration opportunities in the future.”

Leonardo states it is establishing a new legal entity headquartered in Warsaw to further consolidate its presence and develop its business in Poland. The entity will be led by Marco Lupo, who becomes president of Leonardo Poland. It will support the customer during the programs’ life cycle to develop partnerships with Polish industry.

“The supply of the best-in-class maritime AW101s will allow the Polish Navy to meet its rigorous requirements for the protection of national security in the Baltic Sea and for NATO operations,” said Gian Piero Cutillo, managing director, Leonardo Helicopters. “It will also enable life-saving missions in demanding conditions with second-to-none effectiveness, leveraging Leonardo’s leading role in the maritime helicopter field. Also, the broad scope of industrial collaboration under the Offset Agreement will guarantee secure and independent fleet management.”