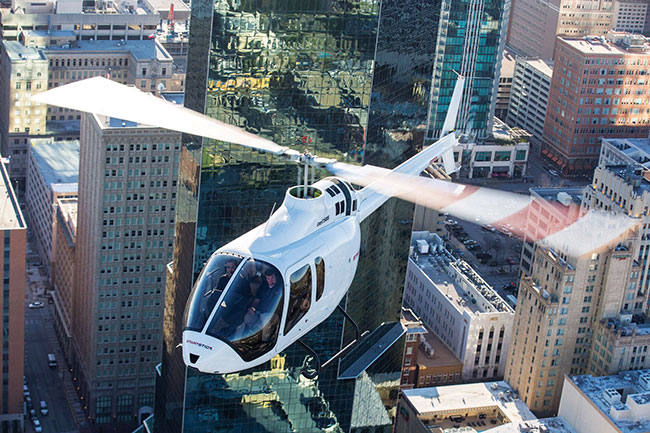 Every aircraft engine start requires a tremendous amount of power to swing the propeller or the turbine fans and power the magnetos/igniters all combining to fire the engine. Once the engine has started, the alternator takes over to produce electricity, powering the panel and charging the ship’s battery. Hot starts on certain engine models can be a problem, quickly zapping the energy stored in the battery. Cold temperatures further robs aircraft batteries of their stored energy.

Lithium cells have a number of benefits: 70 to 80 per cent lighter than lead-acid and nickel cadmium; 10,000 charge cycle life (versus 350 a lead acid battery); will not corrode or sulfate; cannot freeze or boil; can be mounted in any position, except inverted; very low self-discharge rate (can hold a charge during the winter months); wider operating temperatures; higher starting voltage while engine is cranking (faster starts); and discharge voltage is very constant, essentially delivering a steep drop off at total discharge. True Blue Power and EnergyX are two manufacturers that have been leading the charge on this new technology for aviation batteries. EnergyX’s cells are targeted at the uncertified market, with certification underway for Cessna 172s.

Mid-Continent Instruments and Avionics’ power division, True Blue Power manufacturers a variety of power products, including USB charging ports, chronometer with USB power ports, DC to AC inverters and others. Its NanoPhosphate Lithium-ion battery technology has a stable power chemistry with several million NanoPhosphate cells produced annually. Lithium-ion cells have roughly three times the energy density per kilogram when compared to lead-acid and NiCad alternatives. The result is a battery system that is significantly lighter than traditional batteries, while capable of delivering higher power with noticeably faster engine starts.

In 2010, True Blue Power released its TSOd and STCd power solutions for aircraft, including general and business aviation. True Blue Power batteries are STCd for use on the Cessna Caravan, Beechcraft Bonanza, Pilatus PC-12, Robinson R44, and Beechcraft King Air, to name a few.

In January 2020, Airwolf Aerospace selected True Blue Power’s main ship batteries for a series of new lithium-ion battery STC kits on 18 turbine helicopter models, including Bell, Airbus and Leonardo. These kits also include mounting hardware, simple wiring harness and a Magic Button – combing a computer, annunciator and battery warm-up switch – that is exclusive to Airwolf. As Airwolf explains its STC kits essentially offer a plug-and-play, standalone installation, requiring only a one-square-inch hole in the panel for the annunciator.

Thermal Runaway and handling
Thermal runaway is a concern with lithium-ion batteries. There have been many media stories and YouTube videos showing the catastrophic failure of a consumer-grade lithium-ion battery in a smartphone. The proprietary NanoPhosphate cell chemistry used by True Blue Power is significantly more stable and less reactive than other chemistries.

In the unlikely event of an internal short circuit to a cell in a True Blue Power battery or thermal runaway, a white, electrolyte vapor is directed outside the aircraft, away from passengers and critical components. Its lithium-ion batteries are tested to withstand a scenario in which all redundant levels of protection are disabled and over-current/overcharge is applied. The battery is proven to deliver one 100 per cent containment and reach a temperature not to exceed 204°C.

True Blue Power has a number of batteries, of different sizes and amperage hour, focusing on piston, turboprop and jet aircraft. Its technology has evolved over the past 10 years, currently on a 5th generation (Gen5) series, which includes the TB20, TB30 and TB40 main ship batteries. On-board electronics provide proactive data, alerting and command-control operations of the battery cells.

With USB connectivity, data can be moved off the battery by simply attaching a USB data stick. Some of the benefits of its Gen5 batteries include: Wider operating temperatures (relative to lead acid or nickel cadmium); more power per battery weight; more engine starts per charge; automated built in pre-heaters controlling battery temperature in cold weather operations; data logging; alerting; data integration into glass panels; controllable through a cockpit annunciator panel; on-condition maintenance; and extended life, on average eight years before replacement.

Charging and emissions
A True Blue Power battery requires about 30 minutes or less for complete recharge when the battery is fully discharged. The battery delivers higher voltages during engine start. This should result in less wear and tear on the airframe power plant and less maintenance. Incorporated in the TB17 battery is a Switch Board, providing the ability to enable and disable charging or discharging depending on the health of the battery and associated conditions. It also contains a charge limiting function and current monitoring. In addition to the Switch Board is a Control Board, which is the heart of the Battery Management System (BMS).

The discrete logic circuitry monitors the battery functions and protects against such conditions as short circuit, over-temperature, over-discharge and others. The Control Board also generates the battery status signals that are accessed through the 7-pin communication connector for cockpit monitoring and heater control.

True Blue batteries produce no emissions during normal operation. Emissions, vaporized electrolyte, will only be present in the event of a battery failure. However, the battery has a vent to ensure that any gaseous emissions are vented overboard. Be sure to locate the vent where emitted gases would not be directed toward any of the aircraft’s air intake points. That last thing that you want is for the pilot or passengers to be overcome by battery gaseous emissions.

Operation and Maintenance
True Blue Power batteries have the ability to operate at temperatures down to -40°C (-40°F) thanks to the internal, self-powered heater. They are designed to support an engine start down to approximately -5°C (23°F), depending upon the engine start profile. Below this temperature, the performance of the battery begins to decrease in current and energy delivery as the electrolyte in the cells begins to thicken and the internal impedance increases to retard ion flow. In order to address this, each battery module contains an individual heater which is powered by the cells themselves, even at very low temperatures.

The TB17 and TB44 are able to communicate the battery’s status to the pilot through a panel-mounted display screen (MD41-1817 and MD41-1844). The MD41-1817 is an Annunciation Control Unit (ACU) which is able to support two TB17 batteries. The fully integrated control unit provides annunciation for the TB17/TB44 displaying the following annunciations: temperature, fault, charging and heating. A push button on the ACU turns on the battery’s internal heaters. True Blue Power is developing an annunciator panel for its Gen5 batteries.

Pricing starts at $9,647, plus options. The True Blue Power batteries deliver sufficient value to air taxi operations and other commercial operators, with flights into airports with little or no maintenance resources. The True Blue Power battery makes a lot sense, versus the total cost of an Aircraft on Ground incident. For revenue generating aircraft, total cost of ownership of battery technology is impacted by costs associated with maintenance at remote airports.

No scheduled maintenance is required for True Blue Power’s Gen5 Advanced Lithium-Ion batteries, once installed. However, the battery must be recharged every six months when it is not in use, following the proper procedures. Optional battery maintenance is included for verification of battery performance only on an as-needed, or on-condition, basis. These include: visual inspection; off aircraft charging; capacity check; re-calibrating the battery’s capacity measurement; and manual capacity check.

If charging is required in between flights, most lead acid chargers are okay to use. However, the lithium batteries cannot be charged using a de-sulphating type lead acid battery charger and a car should not be used to jump start the aircraft. Typical lead acid battery tenders are designed to de-sulfate the cells, which is a problem for lithium cells. There are many battery chargers on the market today which are compatible with lithium batteries (contact True Blue Power for suggestions).

Dealing with Dangerous goods
True Blue Power lithium-ion battery products are classified as Class 9 Dangerous Goods and require special processes for shipping. Customers can contact True Blue Power for complete instructions. All True Blue Power lithium-ion batteries may ship via ground or vessel at 100 per cent State of Charge, but IATA regulations require the battery to be at 30 per cent state of charge prior to shipping via air and can only be transported via cargo aircraft.

It is important to only discharge to 30 per cent shortly before shipping to avoid a potential over-discharge scenario. Batteries will need to be fully recharged within 30 days to ensure battery health is maintained. If dealing with an AOG situation, the 30 per cent charged battery can be charged using a ship’s power delivered by an APU/GPU.

All lithium-ion batteries are classified by the United States government as non-hazardous waste and are safe for disposal as normal municipal waste. Canada would have similar regulations around their use. However, these batteries do contain recyclable materials and recycling options available in your local area should be considered when disposing of this product. You should dispose the battery in accordance with local, state, provincial and federal laws and regulations. Of course, do not incinerate the battery. You always can go to Call2recycle.org or other online sources for the location of a free drop off recycling centre.

One would expect that over time, with more cells in the field, the cost of research and development, as well as certification, amortized over more batteries, the cost of lithium batteries may become more affordable for the average general aviation pilot/owner. In the consumer market place, lithium-ion cells have all but replaced nickel cadmium cells and rechargeable alkaline cells.

On the horizon for True Blue Power is the all-electric aircraft marketplace. Perhaps we’ll see the smart battery technology become the norm in general aviation and e-planes. Only time will tell.