Finally the cost of insurance is leveling off. Some operators are already reporting a slowdown in the rate of increase to single or low double digits. 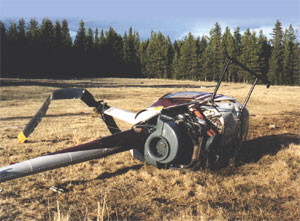 Finally the cost of insurance is leveling off. Some operators are
already reporting a slowdown in the rate of increase to single or low
double digits. A handful of lucky ones have reported no increase at all
– an early sign that the worst may be over for an industry rocked by
years of soaring hull and liability coverage, and the disappearance of
policy bells and whistles such as lay-up credits, a practice where
seasonal operators could count on a rebate for months when machines
were grounded. There may even be a few bargains on the horizon as
insurers who previously walked away from helicopters return and new
players buy their way into the marketplace.

Like
aviation, property and casualty insurance is cyclical, with the price
responding to so-called soft and hard markets. In every cycle the
price-cutting and overcapacity of the traditionally longer soft market
was more than compensated for by the financial discipline (less
competition and higher premiums) of a shorter, but tighter hard market.

Clearly the business environment for helicopter insurance in
Canada is on a rebound, although the recovery remains fragile and could
be knocked off course by another stock market meltdown similar to the
dot.com mess or (worse) a second North American terrorist attack.
Depressed returns on investment, terrorism and insurers pulling out of
a market that was growing soft prior to September 11, 2001, have each
placed upward pressure on insurance premiums. But none more so than
shrinking underwriter capacity.

“The spirit of competition has
been missing,” said Paul Hamilton, a 25-year veteran of the industry
and senior vice-president of aviation for PSA Insurance Services, a
Thornhill, Ontario-based broker. “Five years ago it was common to have
eight different insurers competing for an account.Now it is more likely
to have the incumbent and one other competing.”

Despite the
drought in competition most operators can expect to see no to low rate
increases next year, with some of the larger fleets receiving rebates.
“That is small consolation for operators who have seen insurance
premiums double and triple over the last two years,” observed Brian
Jenner, president of the Helicopter Association of Canada (HAC).
Comparisons over the last 20 years point to more subtle increases. In
the 1980s, premiums for hull coverage were equal to between four and
five per cent of the value of the machine. Today it’s likely to be 18
to 20 per cent. Adding to the frustration are inconsistencies such as
an operator of a Bell 206B in eastern Canada paying premiums 33 per
cent higher than an operator in the west with an identical helicopter.