Robinson was selected as the venue for Bush’s statement based on the strength of its international sales. In 2007, exports accounted for over seventy percent of Robinson’s total sales. 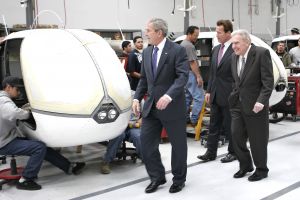