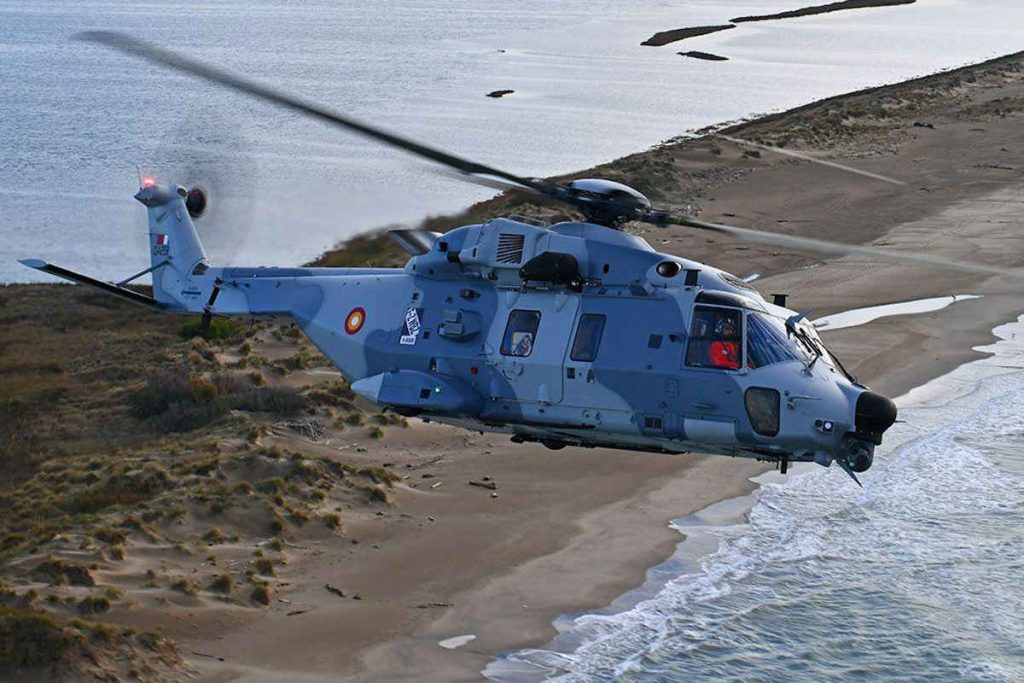 The Qatar Emiri Air Force had a joint public premiere during Qatar National Day on December 18 to celebrate the first TTH overland variant delivery, in accordance with contractual commitments. This will be followed by the first NFH naval helicopter soon after its qualification in the coming months. Deliveries will continue through to 2025.

As well as acting as prime contractor for the overall program, Leonardo is responsible for the final assembly and delivery of the 12 NH90 NFH helicopters from its Venice Tessera facility. The company is also providing a support and training services package for crews and maintenance technicians. The first NH90 TTH overland aircraft was delivered from Airbus Helicopters’ facility in Marignane, France, on December 11.

Managed through the NHIndustries joint venture, Leonardo describes the NH90 as the largest military helicopter program in Europe. Nearly 460 units are in service worldwide and the platform has logged over 300,000 flight hours in a range of weather and environmental conditions, over land and sea.

Qatar’s NH90 program includes 16 NH90 TTHs for land operations, 12 NH90 NFHs for naval missions, a comprehensive support, maintenance and training services package and associated infrastructure. The program has the potential to be extended in the future with the addition of 6 + 6 units in a mixture of TTH and NFH variants.