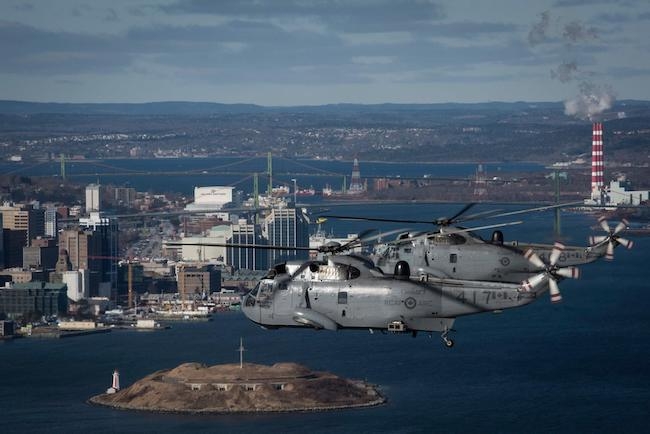 It’s not the last time that residents of the Halifax and Dartmouth area will see the venerable Sea King in flight, however. 443 Maritime Helicopter Squadron, located at Patricia Bay, British Columbia, will support Royal Canadian Navy operations on both coasts until the Sea King is formally retired at Patricia Bay at the end of this year. Both 443 and 423 Squadrons are part of 12 Wing Shearwater.

The Sea King has been in service with the Royal Canadian Navy and Royal Canadian Air Force for 54 years. The first Cyclone detachments onboard Navy ships are planned for mid-2018.