Flight training in Canada has faced many challenges in the past year. 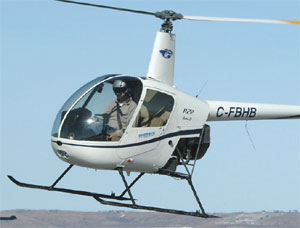 The
most unexpected obstacle last year for one part of the training sector
was the SARS outbreak in Toronto. Tourists were not the only ones who
were reluctant to come to Toronto – flight training also felt the blow.
Kirk Nielsen, CFI at the Eastern Division of Canadian Helicopters’
flight school just north of Toronto, said there was definitely
hesitation last year by foreign students to come to Ontario for
training. Nielsen said this year is looking much better and he feels
that this spring should see a rise in the number of foreign students
coming to Canada.

A constant frustration has been the number of
unemployed low-hour pilots produced. Great Slave Helicopters flight
instructor Steve Sharkey confided that after working hard with a
student for months, seeing skills develop and a licence granted is very
satisfying. But when he finds out that those newly-honed skills are
being wasted because of lack of employment, it’s tough to swallow.
Other instructors express the same sentiment. Sharkey conveyed his
concern at the number of pilots being cranked out by flight schools
versus the number of jobs being created to employ them.

So what
is being done? Sharkey said that in times like this, when there isn’t
demand for low-hour pilots, Great Slave is taking on fewer students. It
also gives its graduates an opportunity at the end of their training to
get hired by doing a flight with one of the heads of the company. This
approach takes a few of the new pilots off the market right away.
Okanagan Mountain Helicopters Flight School is acting along the same
lines. It is taking a maximum of 12 students per year and tries to help
them find work at the end of their training. Johannes Vates, an
instructor with Okanagan, said the school offers a bush survival course
and encourages students to expand their knowledge and skills beyond
just flying the aircraft.

Many schools across the country are
taking the same approach. Training is not limited to just knowing the
minimum to attain the licence. Jeff Sullivan of Helicopters Canada in
North Bay, Ontario, said it now makes bush survival classes and GPS
classes part of its regular training. Sullivan, who has been an
instructor for nine years, added that training needs to be geared more
toward what the industry needs from a pilot in day-to-day helicopter
work. He said he has heard of pilots coming away from training who
can’t fuel a helicopter from a drum and have never used a sling. These
are areas that many schools say they are focusing on so pilots
finishing training will be of immediate benefit to a company willing to
take them under its wing.

Most schools are offering a wide range
of ‘extras’ as part of their curriculum. But how will employers know
which new pilot has which skills? Only if they have been reading up on
which schools offer which skills and when they started offering them. A
pilot trained in the BC interior will not have the same training as a
pilot trained in southwestern Ontario. They both passed the Transport
Canada flight test and hold valid licences, but that is where the
similarities end. This could present a myriad of troubles if they plan
on flying in areas where they lack experience. Perhaps a little more
regulation might be in order, but what should the industry standard be?