News
Reason for Optimism – A conversation with HAC’s Fred Jones

Fred Jones, president/CEO of the Helicopter Association of Canada (HAC) took some time to chat with Helicopters leading up to the HAC convention and trade show and discuss some of the issues facing the industry, what to expect at the big event, future market outlook and more. 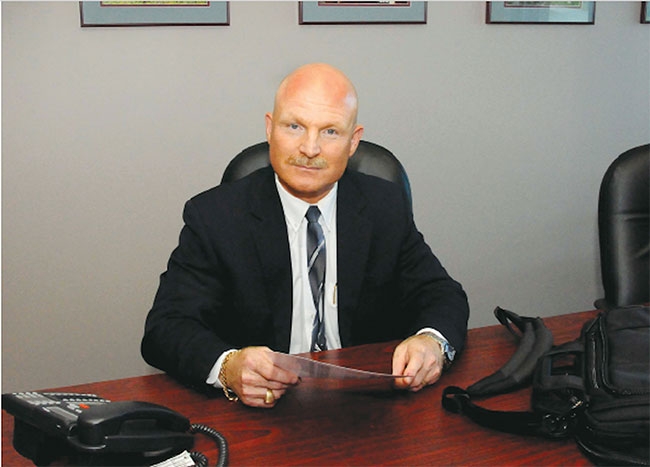 Fred Jones sees hard work ahead for HAC to get the association's voice heard in TC's updates to fatigue regulations. Fred Jones

What feedback have you received regarding the 2017 operating season from operators and how does this position the industry for 2018? Are there signs of optimism?
In some ways yes. You never know what will happen with the fire season, but fortunately, this was a very busy fire season for many of our members. It was a shot in the arm for the industry. There has also been more exploration going on, some mining companies have renewed their exploration deals, so we have seen pockets of activity on that front.

We have a long list of challenges as an industry, some of which are growing challenges, the arrival and exponential use of UAVs, the prospect of more conservative fatigue management regulations . . . and while they are a few years down the road, we try to be proactive about working to oppose them. They are so restrictive that they could cause – and in their current form will cause – significant hardship for the helicopter industry. And we feel they will not improve safety.

What is the latest on the fatigue management draft regulations? Can you give us an update?
The most offensive elements are the cumulative duty hours – they are going to make life most difficult for operators, followed closely behind by the removal of the zeroing provisions and the significantly more conservative flight time limits that have been imposed (for more, see “A Dire Course, page 34, Oct. Helicopters). There are other irritants, but they are less significant than those three items I would argue.

The current status of it is, the comment period closed on Sept. 29 and HAC made a submission as part of the association coalition (nine Canadian associations) that is opposing the draft regulations. We also made a submission on our own, as did some of the other associations. The comment period is closed, written submissions are in, TC is in the process of completing their analysis of comments, which is where they go through them all, item by item, and decide if it’s a valid concern. Then they make an amendment or they dismiss the concern and provide some rational for it and refuse to change that part.

We are scheduled to go to Gazette 2 in the spring 2018, but we are continuing to argue that the consultation process was incomplete and the conclusion is misguided and won’t improve safety. What also offends HAC significantly is the cabinet directive of regulatory management has been violated in many ways. There has never been a risk amendment conducted, this regulation is not proportional to the risk management regulations present, and it is misguided in many ways.

What trends are you watching for industry heading into 2018?
We have seen some real advancement in technologies over the past few months such as equipment and training for human external loads. This is an area I expect will advance in Canada with the technologies that have been introduced.

Diversification is certainly not a new phenomenon and the larger, more mature operators – and even some of the smaller ones – are diversifying as a hedge against the boom-and-bust nature of the business, the seasonal realities of the industry. So, operators are adapting to new realities. The more mature companies are looking to specialize in aerial photography or wind power generation, de-icing, or different niche operations.

On the helicopter operations side, there was a time not too long ago where some operators were expecting to see an increase in the use of multi-engine aircraft. But the challenge has always been the cost of these aircraft. Even though customers may have been interested in using them, they also put a much larger dent in a budget than a single-engine aircraft, which have been traditionally quite safe even for long-line operations Other than that, I really don’t see major changes coming for 2018. For most operators and OEMs, it’s just business as usual. Yes, back to busy, bustling times for all.