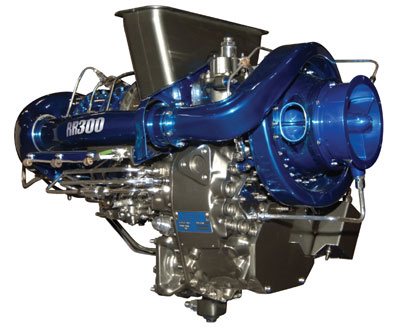 March 13, 2008, Indianapolis, IN – A
newly-commissioned small engine assembly line at the Rolls-Royce
facility in Indianapolis, Indiana this week completed the
assembly and test of its first production RR300 engine for installation
in the new Robinson Helicopters’ R66.

Ken Roberts, Acting President of the Rolls-Royce
Helicopter business said: “The RR300 engine program has gone from
concept to reality in under two years. Today’s delivery milestone
follows closely on the heels of receiving the Federal Aviation
Administration Type and Production Certification awards.

“It also signals the start of full-rate production
for the RR300; hundreds of which are on order by Robinson Helicopters
over the next few years.”

The RR300 is the newest member of the Rolls-Royce
family of helicopter engines and the first to provide turbine power in
the lower shaft horsepower (shp) range. This is the first time there
has been a proven turbine alternative to piston engines, representing a
major step forward in the helicopter industry. The engine delivers 300
shaft horsepower (shp) at take-off, excellent hot and high performance
and outstanding value.

A prototype RR300 engine has been flying on a Robinson helicopter since mid-2007.