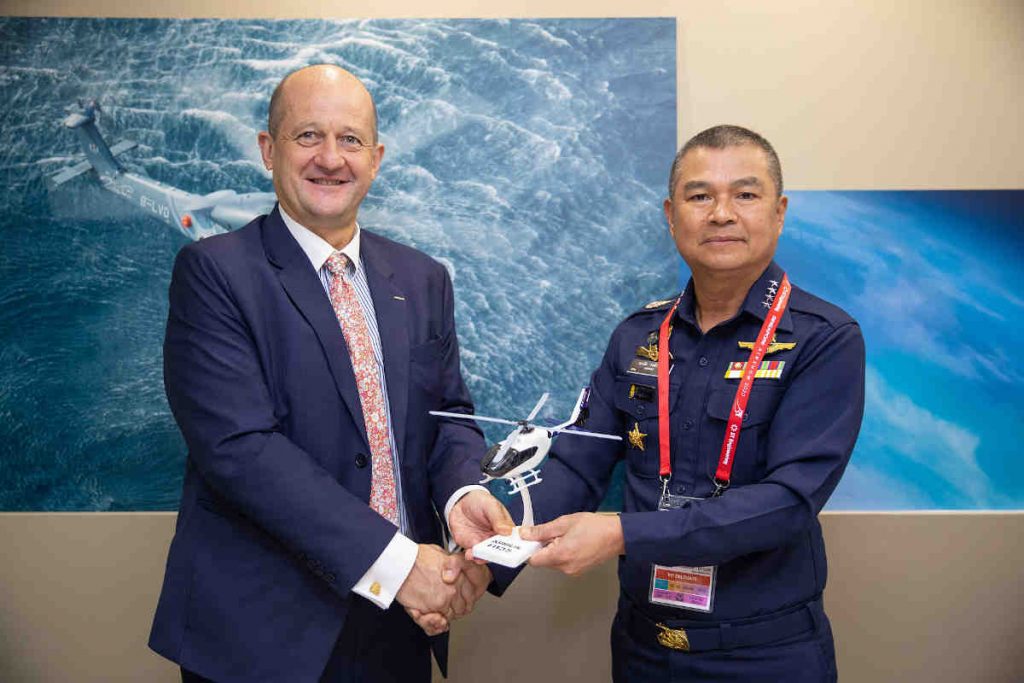 The RTAF’s H135s will be configured with two external cameras, providing pilots with a 360-degree view of the external environment. (Photo: Airbus)

The six IFR-certified H135s, which are to receive maintenance support under Airbus’ HCare Smart full-by-the-hour program, will also complement RTAF’s existing H225M fleet, bringing its total Airbus fleet to 18 units. “We look forward to the H135 enhancing the training capability of the Royal Thai Air Force from 2021 onwards, where every one of its pilots will learn to fly a helicopter through the H135 trainer, and smoothly transit to more complex helicopters,” said Fabrice Rochereau, head of sales, Asia Pacific at Airbus Helicopters.

Airbus notes there are now 130 units of the three-tonne-class H135 in operation by military agencies worldwide for training missions. This fleet has recorded more than 320,000 military training flight hours. The new RTAF order expands this global fleet to 11 military customers.

The RTAF’s H135s will be configured with two external cameras, providing pilots with a 360-degree view of the external environment. They will also be equipped with tactical systems and the Euronav7 moving map, enhancing situational awareness. Additionally, the H135s will be fitted with air-conditioning systems, tinted windows, and height-adjustable pilot seats.