Lockheed Martin reports the Sikorsky S-97 Raider light tactical prototype helicopter is advancing rapidly through its flight test schedule, recently exceeding 200 knots at the Sikorsky Development Flight Center. Raider, developed by Sikorsky, is based on the company’s X2 Technology, which, according to the company, enables speeds twice that of conventional helicopters. 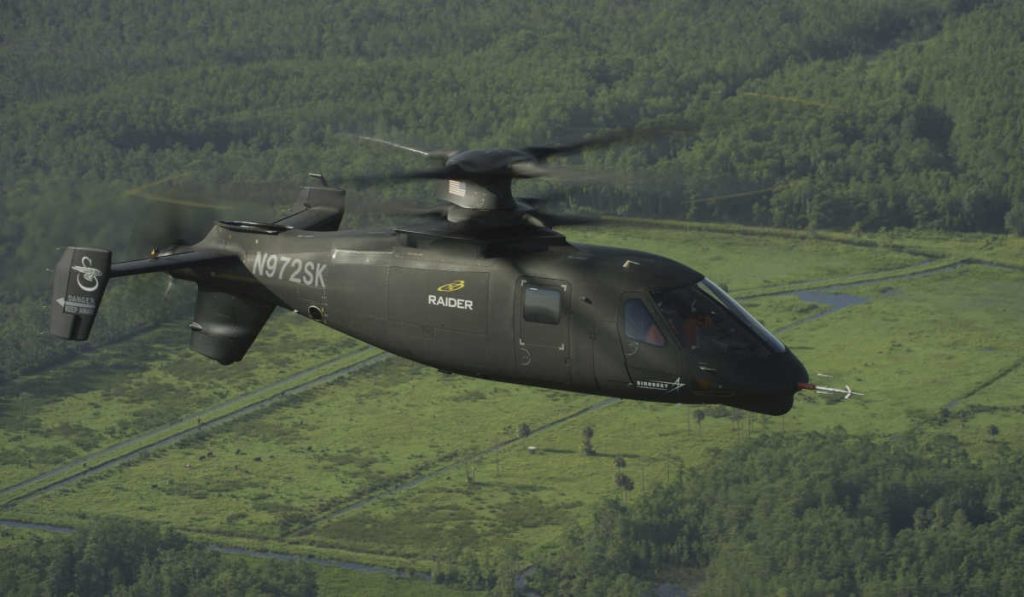 Sikorsky’s self-funded X2 Technology forms what the company describes as the heart of the S-97 Raider and the backbone of its next generation helicopters. (Photo: Lockheed Martin)

Sikorsky continues to demonstrate the application of its X2 Technology as the company prepares its proposal for the U.S. Army’s Future Attack Reconnaissance Aircraft (FARA) competition, aimed at revolutionizing its aircraft fleet as part of a program labelled as Future Vertical Lift.

“It’s exciting to achieve these high speeds with X2 Technology,” said Sikorsky experimental test pilot Bill Fell, a retired U.S. Army pilot. “It’s undeniably important for the warfighter to get to the mission fast. And once they get there, X2 Technology provides the critical handling qualities that make the aircraft survivable, lethal and agile. Sikorsky X2 Technology changes the way we fly and fight – we can get there fast, be more effective while on the scene and we can get out fast.”

Sikorsky’s X2 Technology is scalable to a variety of military missions including light assault, light attack, armed reconnaissance, close-air support, combat search and rescue and unmanned applications. The development of X2 Technology and the Raider program has been funded entirely by investments by Sikorsky, Lockheed Martin and industry partners.