There were cloudy skies and unsettled weather for the recent 14th annual CHC Safety & Quality Summit at Vancouver’s Westin Bayshore. The dark clouds bunched over the North Shore mountains reflected the attitude of many delegates towards the current state of the global helicopter market. 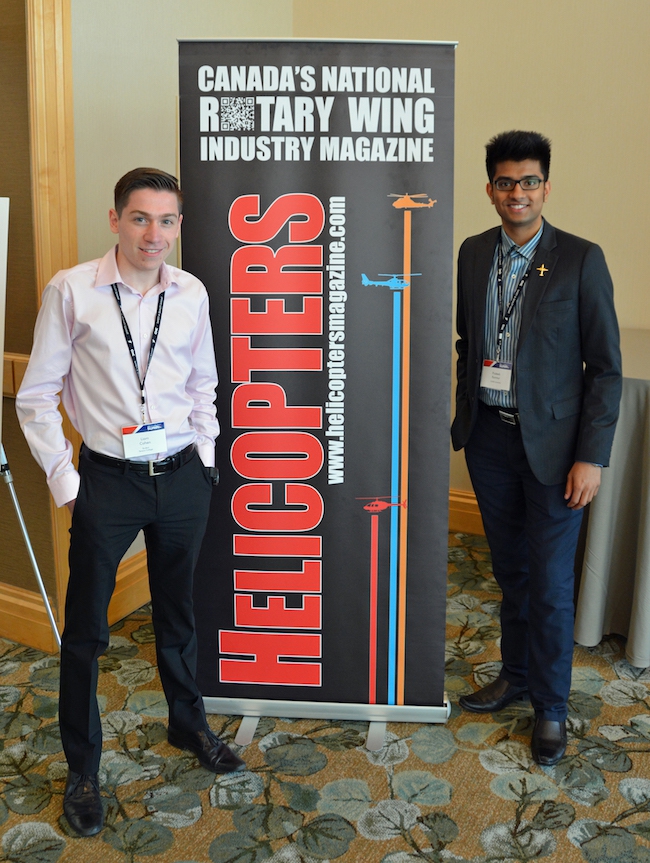 This year’s Summit theme, “Prioritizing Safety in a Challenging Economy,” made the elephant in the room the centre of attention for the duration. CHC CEO Karl Fessenden welcomed delegates with the message that by committing to maintaining a strong safety program during times of economic downturn, an organization is maintaining the core strength that will allow it to rebound when times change.

There were more than a few wry chuckles from the audience when Fessenden reflected with the current low oil prices, “we can look back at last year’s $60 oil as the good old days,” underlining his theme that this is the right time to go back to the basics in safety. Companies have to learn how to get back to the basics of safety because “safety is a moral and professional imperative.”

A greater level of cooperation and collaboration with regulators was a theme that dominated the first morning’s plenary sessions. Mark Skidmore, recently appointed as the director of Australia’s Civil Aviation Authority, spoke of the need for regulators and industry to listen (to each other) and to engage with stakeholders at the grassroots in order to better understand the issues.

Scott Shappell, always a tower of power at CHC, led a panel comprised of Shawn Gallaway of ProAct Safety and Dr. Bill Johnson of the Federal Aviation Administration, to address the issues associated with recognizing and responding to the challenges of “prioritizing safety in a challenging economy.”

Gallaway drew from famed educator and consultant Peter Drucker. “Your corporate systems are designed to give you the results you are getting,” he said. “If things aren’t working out for your company, you need to think about the how’s and why’s of what you are doing. You will only achieve great results when you know how you did what you did, because that is the only way you will know how to improve upon in. There is always going to be a better way, but you have to want to do it.”

Bill Johnson spoke about the thought process of safety – people are more than 10 times likely to be injured away from the workplace than on the job, but they are still lost to the workforce. Safety culture and thinking applies as much off the job as it does on the job, he noted. Gallaway offered another Drucker thought – culture eats strategy all day long. Business eats safety and that is the seductive moment facing all businesses when the cash flow starts to dry up.

Concurrent sessions were heavily focused on human factors. The key message: if you hire the right people in the right place, treat them right, lead by example and you will find a motivate workforce behind you. Commercial aircraft, including helicopters, have made great steps in advancing safety over the past three decades, but there is still a troubling small percentage of “incidents” caused directly by human factors that has remained constant. The challenge today and moving ahead is to take an industry that is safe and make it ultra-safe. This is especially true in a world that is faced with the distinct possibility of pilotless aircraft in the not-too-distant future. How do you articulate the safety concerns associated with commercial drone operations on a large scale and take steps to effectively mitigate those concerns?

Dr. Joe MacInnes was the featured speaker at the formal banquet. Dr. MacInnes introduced himself as being proud to report that he graduated in the top 94 per cent of his class at McGill medical school. It’s important to realize, MacInnes said, “that people like me exist so others can be at the top of the class.”

Self-effacing in the extreme, Dr. MacInnes gave a quick overview of his career which has seen him participate in diving expeditions under the Arctic ice, consult to a NASA astronaut and aquanaut programs and work with James Cameron as both a doctor and journalist on the explorations of the Titanic and the Bismarck – and most recently, Cameron’s dive into the Marianas Trench in an untethered submersible.

While establishing himself as a global expert in the medical science and physiology of diving to extreme depths under the harshest conditions, Dr. MacInnes has also been closely monitoring the skill sets of those who lead these missions and the qualities that are reflected in the teamwork from all involved. There are no near misses in the environments these people conduct their business, and the slightest error or deviation will lead to death. It’s an interesting and provocative point of view.

The future of aviation was represented this year’s Gardiner Award recipients, two very capable and articulate young men from Ontario’s Seneca College. The award was created by Dr. Scott Shappell and Dr. Doug Weightman in the memory of the late Dr. Peter Gardiner. Dr. Gardiner was a long-time advocate for excellence in aviation safety and was the person CHC had turned to when the Summit was taken from concept to reality.

Shappell and Weightman sponsor one recipient of the award and, in recent years, the Westin Bayshore has sponsored the second. Aviation students from around the world are invited to submit an essay based on the conference theme, with the prize being an all-expenses paid trip to the Summit as well as a two-day pre-conference course taught by Dr. Shappell. Liam Cohen, is a second-year engineering student at Seneca, while Prateek Kannur, having graduated from Seneca, is now working at the college while completing his master’s degree on-line with Griffith University in Australia. Presented with their awards at a VIP reception before the formal dinner, both young men showed maturity beyond their years in their remarks.

Once again, the CHC Safety & Quality summit provides the fuel to drive the quest for an even higher level of safety and security in the industry, sending delegates back to the four corners of the globe, eager to return for more next year. Underscoring the respect the Summit is accorded by the industry is the statistic that more than half of the attendees at the 2016 Summit were there for the first event. It’s proof positive that even in tough times, organizations and individuals see the value in the safety proposition.