Safran Helicopter Engines has opened its new regional headquarters dedicated to engines support in the Singapore's Seletar Aerospace Park. The event was celebrated in the presence of Guest-of-Honour Mr. Lim Kok Kiang, Assistant Managing Director of Singapore Economic Development Board and H.E. Mr. Benjamin Dubertret, Ambassador of France to Singapore. 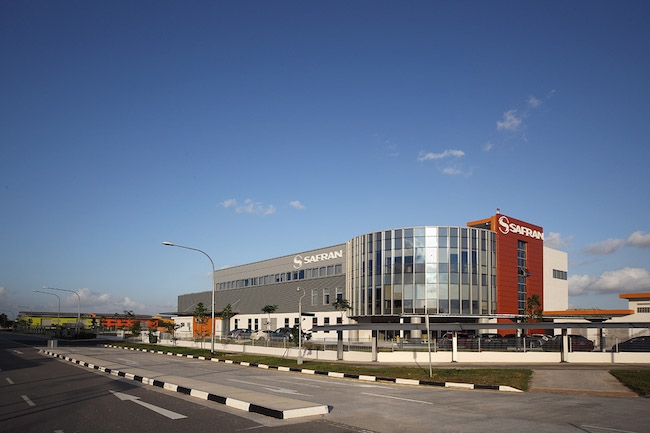 With the new 3,500sqm facility, Safran Helicopter Engines Asia triples its industrial capacity to support Safran Helicopter engines in the region. It integrates a state of the art maintenance centre qualified for Arrius, Arriel and Makila variants, a training centre for maintenance courses, as well as a 400 sqm warehouse.

Franck Saudo, Safran Helicopter Engines Executive Vice President Support & Services, said: “This opening marks a major milestone in our strategy to improve our worldwide service network. With more than 175 customers located in South East Asia and Indian subcontinent, we are committed to offering them world-class services and proximity support”.

“This new facility represents Safran’s first major investment in Seletar Aerospace Park and is a significant addition to the growing rotorcraft cluster at the Park,” said Mr. Lim. “I am heartened that Singapore remains Safran Helicopter Engines trusted partner and regional headquarters to serve its customers in the Asia-Pacific region.”

Established in Singapore for the last 25 years, this relocation marks an important development of Safran Helicopter Engines Asia services. Conscious of the fast evolution in its surrounding market, Safran is strengthening its footprint in the region with a commitment to long term investment driven by one paramount objective: to better serve its growing customer base and the recently signed Support By the Hour agreements.

MHS Aviation Berhad, Malaysia’s largest civil helicopter operator, has been working with Safran Helicopter Engines since 1991. “Our fleet has been supported by Safran Helicopter Engines Asia for more than 25 years, a quarter century during which we were able to rely on Safran expertise and proximity. We are confident that this successful relationship will continue to last into the future.” testified Mr. Mohsein Ma’som, MHS Executive Director.