Sikorsky and Boeing in late December provided the first look at the SB>1 DEFIANT helicopter, which the companies have developed for the U.S. Army's Joint Multi-Role technology demonstrator program. 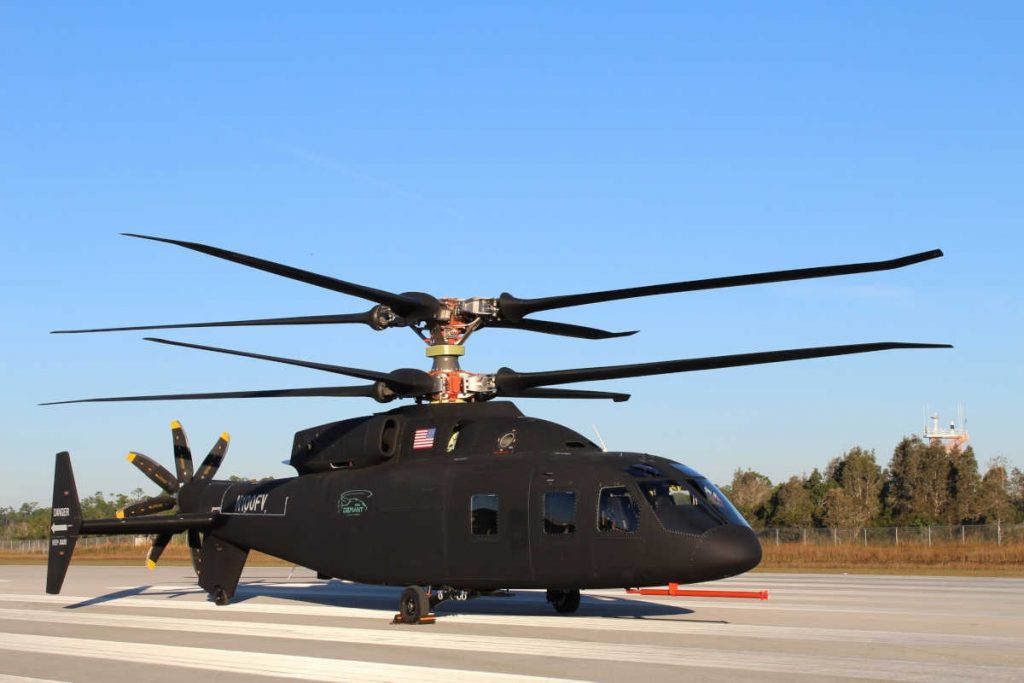 Sikorsky and Boeing provided the first look at the new SB>1 DEFIANT helicopter. The aircraft’s rotor system will allow it to fly about twice as fast and twice as far as today’s conventional helicopters. (Photo: Sikorsky

The companies explain the SB>1 DEFIANT is designed to fly at twice the speed and range of today’s conventional helicopters, leveraging X2 Technology, while offering advanced agility and maneuverability. This technology, which is also part of the S-97 RAIDER program, will form the next generation of military helicopters as part of the U.S. Army’s Future Vertical Lift program.

The SB>1 DEFIANT is participating in the Army’s Joint Multi-Role-Medium Technology Demonstrator program. Data from the helicopter will help the Army develop requirements for new utility helicopters expected to enter service in the early 2030s.

The company’s explain X2 Technology, based on the XH-59A prototype, has made significant improvements in vibration reduction, weight reduction and blade technology that enables the aircraft to be flown by a single pilot, with a single engine. Leveraging X2, the S-97 RAIDER helicopter is able to fly 276 miles per hour, nearly double the speed of an average helicopter.

X2 Technology is scalable to a variety of military missions including light assault, light attack, armed reconnaissance, close-air support, combat search and rescue and unmanned applications. The development of X2 Technology and the Raider program has been funded entirely by investments by Sikorsky, Lockheed Martin and industry partners.