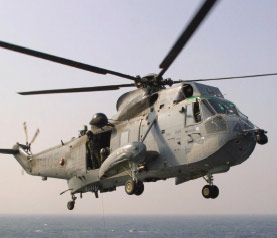 Since the return this summer of Canadian troops who were deployed to
Afghanistan as part of Operation Apollo, the US-led campaign against
terrorism, little attention has been paid to Canada’s commitment to
remain in the region with naval, ground and air detachments for the
foreseeable future.

The Task Group is maintaining vigilant watch over the Strait of
Hormuz region and the northern Gulf, inspecting cargo ships and looking
for fleeing al- Qaeda fighters. The three Sea Kings currently deployed
are providing the Task Group with a surface compilation of the vessel
traffic in the area. They are also conducting surface surveillance
missions and utility operations, and are providing armed cover for
boarding parties that physically inspect the ships.