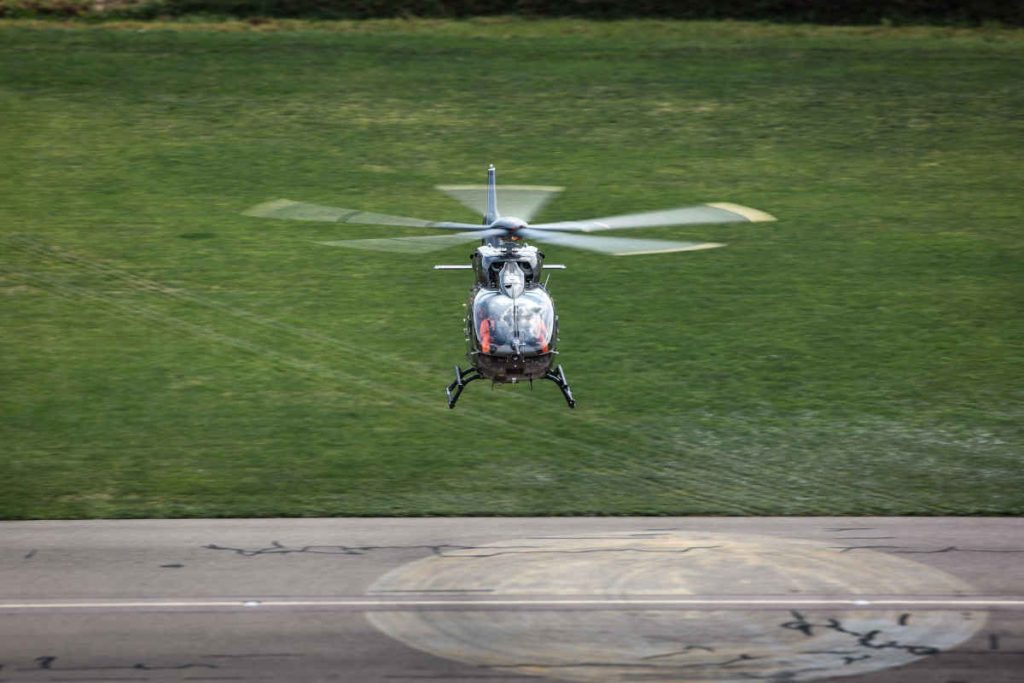 The second prototype of the new five-bladed H145 took off for its maiden flight at the Airbus Helicopters site in Donauwörth. (Photo: Patrick Heinz/Airbus)

The first prototype of the five-bladed H145 is currently performing a high-altitude test campaign in South America. It arrived in Chile in July 2019 where the aircraft is being put through its paces in the Andes, with altitudes of up to 20,000 feet above sea level. The aircraft performed some altitude tests in the French Pyrenees during the summer of 2018.

The second prototype will be mainly used for autopilot testing, performance and airframe structural validation. Airbus points to the simplicity of the new H145’s bearingless main rotor design to ease maintenance operations and reliability. The five-bladed design is also said to improve ride comfort, while a reduced rotor diameter will allow the H145 to operate in more confined areas.

The new H145 also introduces a wireless Airborne Communication System (wACS) for secure transmission of data generated by the helicopter in real-time, including in-flight. It was unveiled at Heli-Expo this year in Atlanta, offers 150 kg of additional useful load and a maximum take-off weight raised to 3,800 kg.

Swiss Air-Rescue Rega is slated to become the worldwide retrofit launch customer for the 5-bladed H145 system, which will be applied to its entire H145 fleet of seven helicopters. Rega is currently replacing its EC145 fleet with H145 helicopters.